Additional troops were sent to the clash area for back-up and the clashes were still continuing, the sources, who declined to be named, said. 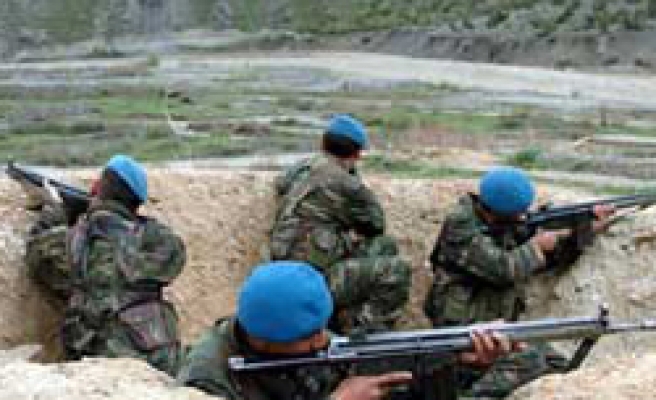 Two Turkish soldiers and two PKK militants were killed in clashes in southeast Turkey over the past 24 hours, security sources said on Friday.

Two militants and one soldier were killed in a clash in Bingol late on Thursday, which started after security forces encountered a group of PKK members in the restive region east of the town of Tunceli.

Additional troops were sent to the area for back-up and the clashes were still continuing, the sources, who declined to be named, told Reuters.

Another soldier was killed in a separate clash early on Friday in mountainous Sirnak, near the Iraqi border. The operations, backed by attack helicopters in Cudi mountains, where security forces detected some PKK militants, were continuing as well.

Turkey's military has recently launched a major offensive against militant hideouts in the region.

The PKK, regarded as a terrorist group by Turkey, the United States and European Union, took up arms against the Turkish state in 1984.

Some 40,000 people have been killed in the conflict.