America's famed Route 66 and Iraq's archeological sites are among the world's most threatened cultural treasures, according to a list published by a leading US-based heritage group. 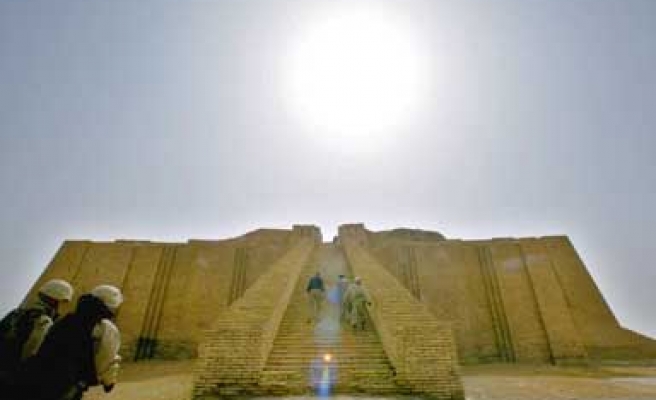 America's famed Route 66 and Iraq's archeological sites are among the world's most threatened cultural treasures, according to a list published Wednesday by a leading US-based heritage group.

The World Monuments Fund's 2008 watch list includes 100 sites from around the world deemed at risk from man-made threats such as climate change, conflict, urban development and unchecked tourism.

"Human activity has become the greatest threat of all to the world's cultural heritage," the non-governmental group said in its report.

"But, just as we caused the damage in the first place, we have the power to repair it," the group's president Bonnie Burnham added.

Among the best known sites on the list are Machu Picchu in Peru, which the fund said was at risk from rampant and unmanaged tourism.

Similarly, the skyline of 18th century St Petersburg in Russia was threatened by the proposed construction of a new skyscraper, it said.

Other cities facing similar threats were parts of Shanghai built in the 1920s and 30s and Damascus, where historic buildings were being torn down to make way for modern developments.

The watch list was compiled by an international panel of experts in archaeology, architecture, art history and preservation.

The fund said that cultural sites of Iraq had suffered catastrophic loss since the US-led invasion of 2003, while fragments of the Bamiyan Buddhas in Afghanistan, largely destroyed by the Taliban in 2001, were also at risk.

Other sites threatened by conflict included Bethlehem's Church of the Nativity, one of Christianity's oldest churches, which the fund said was deteriorating as a result of the Palestinian-Israeli conflict.

Sites deemed at risk due to climate change included the Antarctic hut from which Captain Scott led his fateful bid for the South Pole in 1912. The hut was suffering from increased snowfall believed to be caused by climate change.

Chinguetti Mosque in Mauritania, located in one of Islam's seven holy cities, was threatened by shifting deserts, while Leh Old Town in India, a rare medieval city in the Himalayas, was at risk from changing weather patterns.

Historic areas of New Orleans, much of which were badly damaged or destroyed by Hurricane Katrina in 2005, were also threatened, as were sites along Route 66, once the only all-year road linking the United States' east and west coasts and now popular with tourists making road trips.

Perhaps surprisingly, the latest list also included some modern sites, such as a 1940s university in Florida designed by pioneering architect Frank Lloyd Wright and the Joan Miro Foundation in Barcelona, from the 1970s.

The fund also identified the threat to Main Street Modern -- the post war civic buildings that dot American towns but are considered out of date and are being demolished across the country at an alarming rate.

Founded in 1965, the World Monument Fund provides millions of dollars in grants to help preserve sites at risk, but also works to help raise awareness -- something it says sparks local interest and draws in far more funding.

"By recognizing the endangered heritage it becomes possible to do something about it," said Marilyn Perry, the fund's chairman.

Previous watch lists have included landmarks such as the Taj Mahal, the Great Wall of China, and the devastated city of Pompeii in Italy, along with a host of lesser known heritage sites from more than 70 countries.