Bucking the trend of global warming, the start of 2008 saw icy weather around the world from China to Greece. But despite its chilly start, 2008 is expected to end up among the top 10 warmest years since records began in the 1860s. 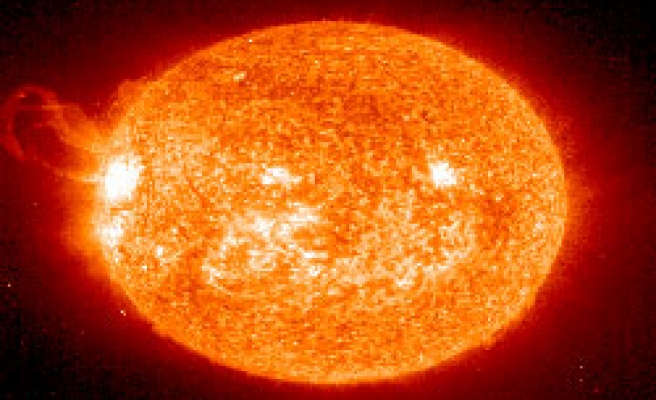 After the coldest start to a year in more than a decade, spring will bring relief to the northern hemisphere from Thursday.

Bucking the trend of global warming, the start of 2008 saw icy weather around the world from China to Greece. But despite its chilly start, 2008 is expected to end up among the top 10 warmest years since records began in the 1860s.

This winter, ski resorts from the United States to Scandinavia have deep snow. Last year, after a string of mild winters, some feared climate change might put them out of business.

In many countries crops and plants are back on a more "normal" schedule. Cherry trees in Washington are on target to blossom during a March 29-April 13 festival that has sometimes mistimed the peak blooms.

"So far 2008, for the globe, has been quite cold, only just above the 1961-90 average," said Phil Jones, head of the Climatic Research Unit at the University of East Anglia which supplies global temperature data to the United Nations.

"This is just January and February, so two coolish months comparable to what happened in 1994 and 1996," he told Reuters.

The northern spring formally begins on March 20 this year.

And an underlying warming trend, blamed by the U.N. Climate Panel on human use of fossil fuels, is likely to reassert itself after the end of a La Nina cooling of the Pacific in the coming months. There were similar conditions in 1998 and 2005, the hottest so far, Jones said.

China suffered its worst snowstorms in a century in January and February. At least 80 people died and the government estimated costs at more than 150 billion yuan ($21 billion), including animal deaths and crop losses.

Sandstorms hit Beijing on Tuesday and residents rushed to hide from the dust mixed with petals from the city's magnolia trees.

During the northern winter, snows also fell in unusual places such as Greece, Iraq and Florida. Experts say climate change will bring more swings as part of a warming that will bring more droughts, floods, heatwaves and rising seas.

"We're 90 percent sure we will extend the season for at least a couple of weeks toward the end of April," said Jeff Hanle, a spokesman for the Aspen Skiing Co. in Colorado. The mountain town has had 400 inches (10 metres) of snow, the normal amount for the whole season, which still has a month to go.

Skiers "have got big smiles on their faces," he said.

"It's been a good season all around," said Tom Horrocks, spokesman of the Killington Ski Resort in Vermont. He said meteorologists said more consistent snows were typical for a La Nina season in the northeast.

But not all places have been chilly -- Jones said western and northern Europe were the warmest parts of the northern hemisphere in the first two months of 2008.

NASA satellite data this week showed the thickest and oldest ice around the North Pole has been disappearing.

Finland had its warmest winter on record. High-speed ferries between Helsinki and Tallinn in Estonia, normally halted for months by winter ice on the Baltic Sea, started earlier than ever in mid-March.

In Norway, many ski resorts have deep snow even though the winter has been the third warmest on record -- scientists say a spinoff of climate change may be more precipitation.

Electricity prices in the Nordic region halved this month to 27.5 euros ($43.48) per megawatt hour from late 2007 highs because hydropower reservoirs were full and warm temperatures curbed heating demand.

Senior officials from about 190 nations will meet in Bankok from March 31-April 4 to start work on a new long-term treaty to combat climate change to succeed the U.N.'s Kyoto Protocol.
Last Mod: 19 Mart 2008, 20:39
Add Comment