2009 to be Iranian-Turkish culture year: FM

Iranian FM Motaki said that two countries would celebrate the 50th anniversary of signature of their cultural agreement the following year. 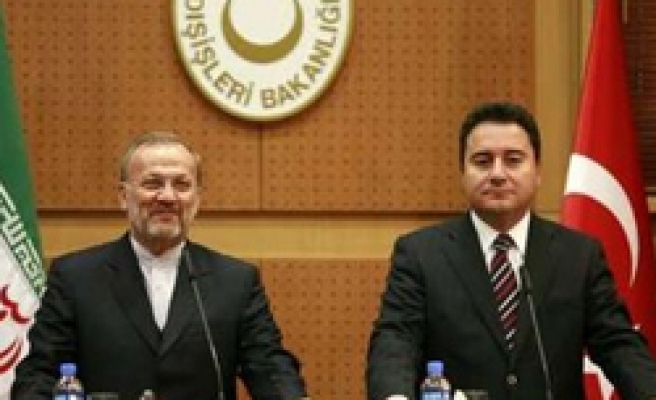 The year 2009 will be a year of culture between Turkey and Iran, Iran's foreign minister announced on Friday.

Iranian Foreign Minister Manuchehr Motaki said that two countries would celebrate the 50th anniversary of signature of their cultural agreement the following year.

"Therefore, we have defined next year as the 'Iran-Turkey year of culture'," Motaki told a joint press conference with Turkish Foreign Minister Ali Babacan in Ankara.

The Iranian foreign minister is actually paying a formal visit to Turkey. He is expected to be received by Turkish President Abdullah Gul and Prime Minister Recep Tayyip Erdogan later on Friday.

Motaki said that he hoped two countries would organize activities and programs throughout the whole year, and told reporters that bilateral relations between Turkey and Iran were on the right track and were developing rapidly.

The Iranian minister said that the trade volume between the two countries was around 10 billion USD, but said that this was not the real potential and capacity.

Motaki announced that the following joint economic committee meeting between Turkey and Iran would take place in Tehran in August, and reaffirmed the desire of the two countries to further improve their economic relations.

The foreign minister said that he also discussed developments regarding Afghanistan, Iraq and Lebanon with Babacan, and welcomed the agreement between the parties in Lebanon.

Also speaking in the press conference, Babacan said that Turkish-Iranian relations contributed to the stability of not only the two peoples but also the entire region.

"We attach importance to our relations with our neighbor and ally Iran, and we base our relationship on mutual respect, cooperation and security," Babacan told reporters.

Babacan said that two countries aimed to raise their trade volume to 20 billion USD as soon as possible.

Turkey's foreign minister said that there were many regional issues and problems concerning both Iran and Turkey, and told reporters that two countries were having consultations on problems like Iraq, Israel-Palestine, Israel-Syria, Lebanon and Afghanistan.