Rescue teams searched jungles of southern Cambodia for a passenger plane believed to have crashed with 22 people aboard, including South Korean and Czech tourists, while flying between two popular destinations, officials said. 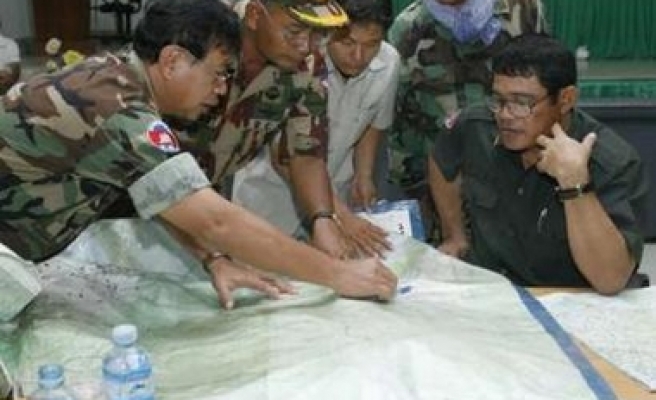 Rescue teams searched jungles of southern Cambodia for a passenger plane believed to have crashed with 22 people aboard, including South Korean and Czech tourists, while flying between two popular destinations, officials said.

The plane, a Russian-made An-24, disappeared in a mountainous jungle area in Kampot province Monday morning.

Officials said they were certain the PMT Air flight had crashed, and a police chief cited witness accounts of a plane going down in the area, but searchers had not yet found the wreckage.

The search for the plane was suspended for the night about 12 hours after it disappeared, said Nhim Vanda, vice president of the National Committee for Disaster Management.

Him Sarun, head of the Secretariat of Civil Aviation, said it was unlikely any survivors would be found.

“If we located the plane three or four hours after the crash, there might have been some hope of survivors ... but since it is going to be a whole night passing without finding it, even if there had been any survivors, they could die from loss of blood,” he said.

The plane had been flying from Siem Reap — where the famous Angkor Wat temple complex is located — to Sihanoukville, a coastal city with access to beaches, said Him Sarun.

An official at Siem Reap airport said 13 of the passengers were from South Korea — a figure confirmed by officials in Seoul — and three were Czech.

The official, who asked not to be named because he was not authorized to speak to the press, said the plane carried a crew of five Cambodians and a Russian co-pilot.

“It is 100 percent certain that the plane has crashed, but we still do not know who might have been killed or who might have survived,” said Sith Sakal, head of the aviation secretariat’s security department.

PMT Air is a small Cambodia airline that began flights from Siem Reap to Sihanoukville in January.

The airport official said contact with the plane was lost at 10:50 a.m., five minutes before it was due to land.

Him Sarun said the crash site is thought to be between Kamchay and Bokor mountains in Kampot province, about 130 kilometers (80 miles) southwest of the capital, Phnom Penh.

“I have received information from conservationists based on Bokor mountain who said they had spotted a plane crash” from a distance, said In Chiva, the Kampot province police chief, adding that the area is in a thick forest.