At least 28 civilians were killed in Russian and regime airstrikes across Syria on Tuesday, civil defense officials said.

Twenty people were killed and 40 others were wounded after a regime helicopter and Russian jets struck a residential area of the northwestern city of Aleppo.

Meanwhile, a local activist in Damascus said that regime warplanes carried out 15 airstrikes on Tuesday in the city, wounding several people.

Syria has been locked in a vicious civil war since early 2011, when the Assad regime cracked down on pro-democracy protests -- which erupted as part of the "Arab Spring" uprisings -- with unexpected ferocity.

Since then, more than a quarter of a million people have been killed and more than 10 million displaced across the war-battered country, according to the UN.

The Syrian Center for Policy Research, however, put the death toll from the six-year conflict at more than 470,000 people. 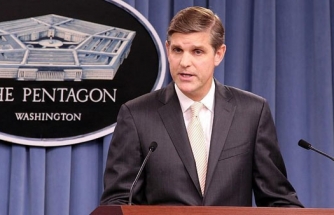