Three policemen and three gunmen were killed in an armed attack on the United States consulate in Istanbul on Wednesday, the city's governor said. 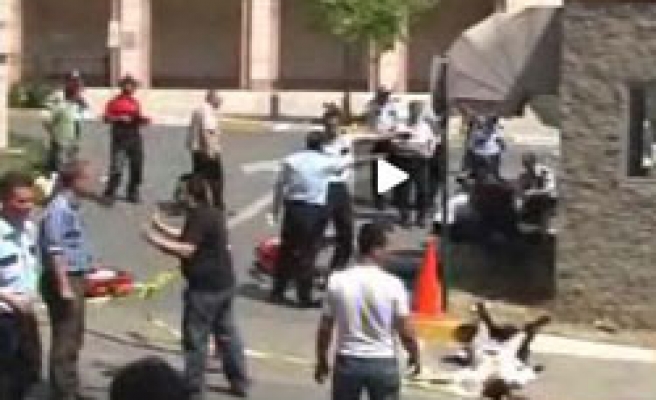 Three policemen and three gunmen were killed in an armed attack on the United States consulate in Istanbul on Wednesday, the city's governor said.

Governor Muammer Guler said one of the police officers had died at the scene during what witnesses said was a 15-minute gunfight. Two had died of their wounds at a nearby hospital.

Television images showed paramedics carrying out heart massage on one of those lying on the ground. The shirts of one of the men was ripped open. Blood was flowing from the head of another person.

Four bodies lay on the ground in front of the high-walled compound situated outside Istanbul city centre, overlooking the Bosphorus waterway.

"They (assailants) were four people. Three of them got out of the car and fired at the police. I saw them dead afterwards lying on the ground and many more dead among the police," Enis Yilmaz, who was going to the consulate for a visa application, told Reuters. He said the other person drove off in a vehicle.

Anatolian said one of the dead police officers was working at the consulate while the other two were traffic officers.

Ulus Durgut, 24, who was going to the heavily-guarded compound on the European side of Istanbul, said the gunbattle lasted 15 minutes.

Police have launched an operation to capture the armed assailants who escaped.

Turkey has seen armed attacks from a variety of groups over the years.