61 workers have died due to various accidents at Tuzla shipyards since 2000. 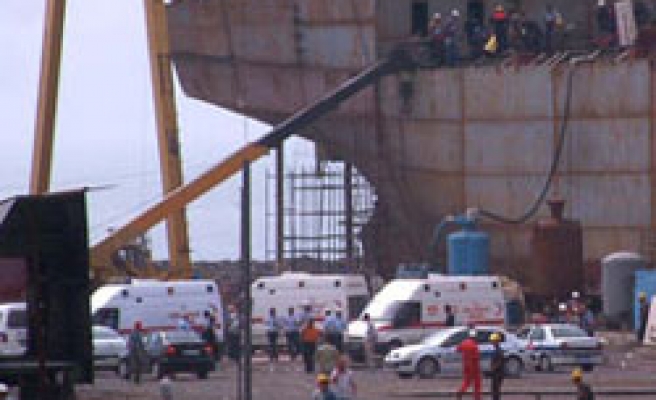 Three workers died and 13 others were wounded in an accident in Tuzla Shipyards Zone in Istanbul on Monday.

Workers fell into the sea when a boat's rope uncoiled from a ship in Gisan Shipyard.

Three workers died and 13 others were injured.

On February, 21st, the minister of labor, employers and representatives of laborers, union leaders, signed an agreement to take joint action against the accidents in the shipyard.

The minister mentioned the penalty fee of 196 thousand YTL for employers. The general manager of ministry of labor general directorate had attributed the accidents to lack of training and care. The manager was assigned by three people, the prime minister, the president and the minister of labor. The manager claims that the laborers die because of their own faults and carelessness; and humiliates the dead.

The tragic deaths of two workers at a Tuzla shipyard last week prompted unions and civil society organizations to call on the government to take swift action in regulating the industry. Since 1983, when shipyards began operating in Tuzla, 74 workers have died from work-related accidents. The number of total accidents also shot up to 227 incidents last year from 73 in 2002.

Analysts argue that structural problems, a shortage of skilled workers, the lack of education and a lack of compliance with regulations are at the root of the problems the industry is facing today. Coupled with over-ambitious shipbuilders trying to keep up with orders from customers, crammed shipyards working around the clock invite the risk of accidents and safety mishaps.

61 workers have died due to various accidents at Tuzla shipyards since 2000.