367 not reached, Gul withdraws his candidacy for presidential election

The quorum of 367 has not been reached in Turkish parliament Sunday. Turkey's foreign minister has withdrew his candidacy for presidential elections . 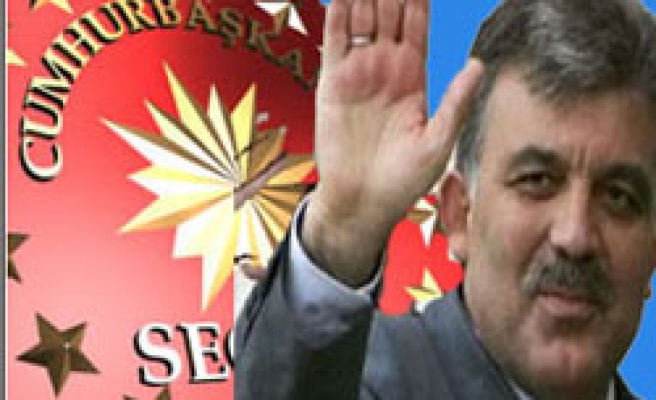 The quorum of 367 has not been reached in Turkish parliament Sunday. Turkey's foreign minister withdrew his candidacy for presidential elections after Parliament failed to reach a quorum Sunday needed to elect a new president, the state-run Anatolia news agency reported.

Parliament was short of the 367 legislators needed to proceed with the vote after holding two separate roll-calls, Speaker Bulent Arinc said.

The vote was being repeated after Turkey's Constitutional Court, siding with the secular opposition, annulled a first-round of voting last week saying not enough legislators were present.

Foreign Minister Abdullah Gul, a close ally of Prime Minister Recep Tayyip Erdogan, was the sole candidate in the voting.

Legislators from the secular party — which boycotted the first-round of voting — kept away from the vote again Sunday.

Gul said before the vote that he would withdraw his candidacy if he failed to get elected Sunday.

Erdogan's ruling party, an advocate of European Union membership has done more than any other government to introduce Western reforms to the country.

The court's decision to invalidate last week's vote, along with increasing pressure from the public and the military, led Erdogan to call for early parliamentary elections, which are scheduled for July 22. A measure is also being debated in Parliament to allow the president to be elected directly by the people, rather than by Parliament, which is dominated by members of Erdogan's party.

Gul has said in a recent interview with the Financial Times that he hoped some legislators would change their minds when the vote is repeated in Parliament on Sunday.

He also said he would be his party's candidate if the vote went to the people, and said he believed he had the support of 70 percent of the Turkish public. Last Mod: 06 Mayıs 2007, 19:28
Add Comment