400 tons of food and medical aid to Gaza

Over 400 tons of food and medical aid as well as fuel were delivered to the Gaza Strip Thursday, the Israeli military said. 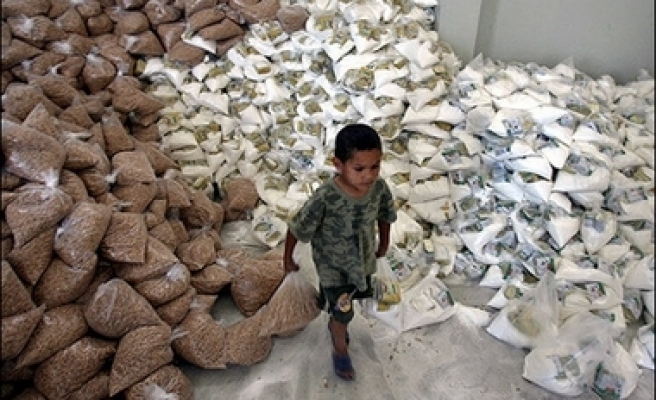 Over 400 tons of food and medical aid as well as fuel were delivered to the Gaza Strip Thursday, the Israeli military said.

Much of the food aid was donated by the Jordanian government.

The International Red Cross (ICRC) said it was able to send a surgeon and an anaesthetist into Gaza, to help local hospitals cope with the over 500 people injured during last week's clashes between Fatah and Hamas, which ended when Hamas seized full control over the strip.

The United Nations has warned that unless commercial crossings into the strip are opened, Gaza will face a food shortage in upcoming weeks.

Some UN agencies, like the World Food Programme, have managed to bring in several hundred tons of aid this week by using alternate routes.

The Israeli military also said eight Palestinian patients were allowed into Israel Thursday for medical treatment. Fourteen others had been granted access earlier in the week.

The ICRC said in a statement that many other patients were still waiting for permission to leave Gaza for medical treatment. Last Mod: 22 Haziran 2007, 18:30
Add Comment