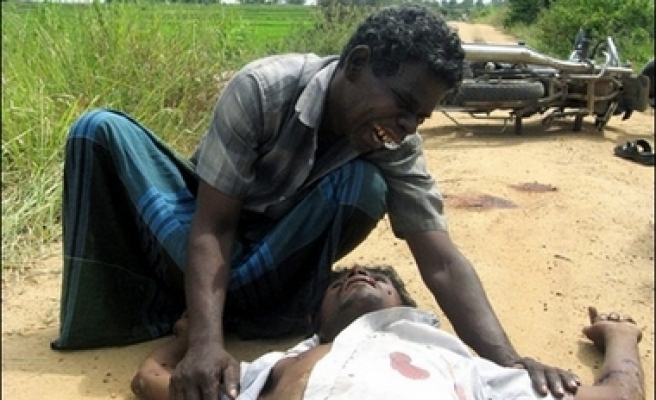 The Special Presidential Commission on Disappearances said the killings were reported between 14 September 2006 and 25 February 2007 as the tropical island's Tamil separatist conflict escalated.

"A majority of the cases relate to Tamils," probe chairman Mahanama Tillakaratne said.

"Locally and internationally, there has been a big issue of abductions, disappearances and unsolved killings. This is something very bad for the image of the country," Tillakaratne added.

Many of the victims were shot through the head with their hands tied behind their backs.

The government has yet to prosecute anyone for the killings, which were widely condemned home and abroad, but rights groups have accused the security forces, paramilitary groups and the Tamil Tiger rebels of involvement.

The rebels are fighting for an independent homeland in Sri Lanka, a conflict which has claimed more than 60,000 lives over the last 35 years.

Sri Lankan President Mahinda Rajapakse last year asked Tillakaratne to investigate a wave of killings and disappearances that shook the country amid escalating fighting between the rebels and government troops.

Aside from the deaths, a total of 2,020 people were abducted or disappeared during the five month period, Tillakaratne said. Some 1,134 were later found alive and reunited with their families.

But the fate of the remainder is unknown, Tillakaratne said, adding that some of the cases were unrelated to the conflict.

"The cases are so complicated that even if you get Scotland Yard you may not be able to solve them," he added, referring to British police.

International donors have moved to cut back aid to Sri Lanka to increase pressure on Colombo over Sri Lanka's poor human rights record. Britain and Germany have already frozen part of their contribution.