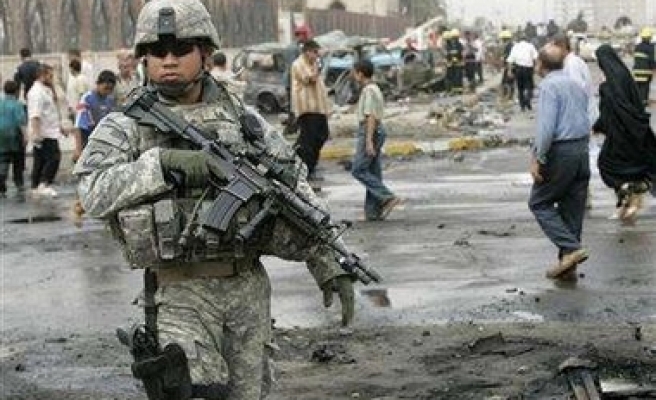 The U.S. military announced that a total of 10 American soldiers were killed in roadside bombings and a helicopter crash on Memorial Day, making May — at 113 fatalities — the third deadliest month of the war.

Across the country Tuesday, police and morgue officials contacted by The Associated Press reported a total of at least 120 people killed or found dead. All of the officials refused to allow use of their names fearing they could be targeted.

The Finance Ministry kidnappings, if the work of the Mahdi Army as asserted by Iraqi officials, could be retaliation for the killing by British forces last week of the army's commander in Basra. Last Mod: 30 Mayıs 2007, 10:00
Add Comment