5 killed in northern Lebanon, including 3 Saudis

Lebanese troops killed at least five "fighters" during a gunbattle in northern Lebanon on Thursday, a military official said. 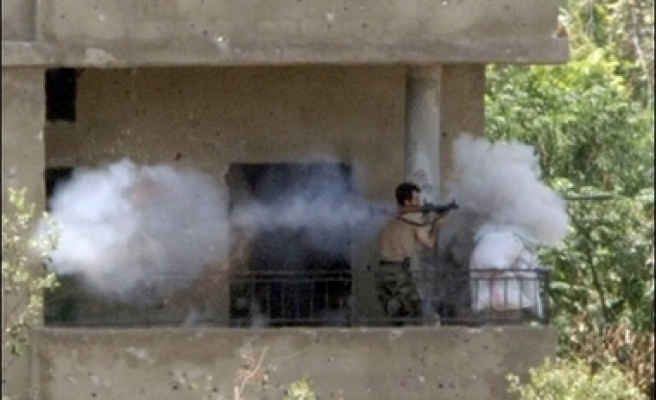 Lebanese troops killed at least five "fighters" during a gunbattle in northern Lebanon on Thursday, a military official said.

Other men took refuge in nearby forests, pursued by troops backed by helicopters, the official said. He declined to be named because he was not authorized the address the media.

The clash occurred near the village of Qalamoun, a few miles south of the northern port city of Tripoli.

The slain men were members of the Fatah Islam group, which has been fighting the Lebanese army in a Palestinian refugee camp near Tripoli since May 20, a security official said on customary condition of anonymity.

Lebanese Defense Minister Elias Murr declared victory over Fatah Islam, but heavy machine-gunfire bursts of artillery shells have continued across the camp. Several thousand civilians are believed to be trapped inside the camp.

The Lebanese army on Wednesday accused Fatah Islam still barricaded in the Nahr el-Bared camp of hiding among Palestinian civilians trapped in the settlement and confiscating humanitarian aid sent to them.

In a statement, the army urged Palestinians inside the camp to persuade the fighters to turn themselves in.

Murr said Tuesday that some 300 fighters have been killed or wounded in the fighting, leaving only a few dozen fighters hiding in the besieged camp.