50,000 people under landslide threat in Bangaldesh 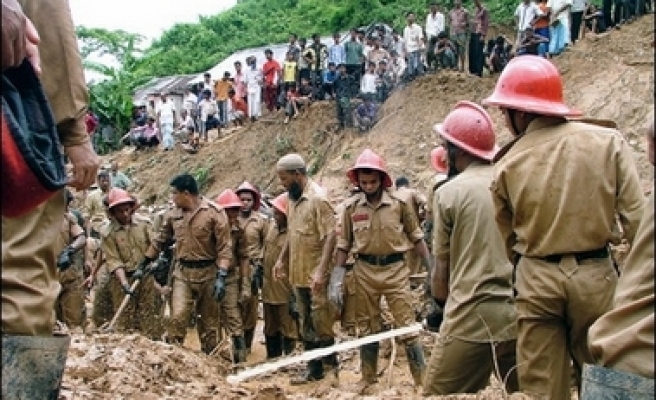 The latest study carried out by the Chittagong Development Authority (CDA) reveals that some 100,000 people out of 140,000 disadvantaged people, mostly factory workers, day laborers, or self-employed in different informal sectors, are living in some 1,814 slums in the port city.

Of them, over 50,000 live in the slums situated at the risky slopes or bottom of hills where they can rent rooms at cheaper rates but safety of lives is hardly taken into consideration there.

Following the study report, the CDA has taken an initiative for rehabilitating the disadvantaged people.

The series of landslides that buried alive over 100 people in Chittagong on June 11 prompted the CDA to start identifying areas to rehabilitate the disadvantaged people to avert human disasters brought about by landslides. Last Mod: 17 Haziran 2007, 14:30
Add Comment