The EuroCity train, travelling from the Polish city of Krakow to the Czech capital, crashed at a speed of about 140 km (87 miles) per hour near the northeast border with Poland. 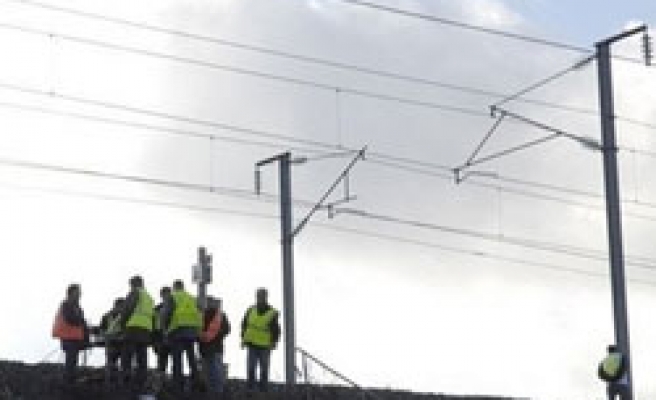 An international express train crashed into a collapsed bridge in the Czech Republic on Friday, killing at least six people and injuring dozens.

The EuroCity train, travelling from the Polish city of Krakow to the Czech capital, crashed at a speed of about 140 km (87 miles) per hour near the northeast border with Poland.

"An international train from Krakow to Prague ran into a collapsed bridge which fell on the rails in the area of the town of Studenka," said Radek Joklik, Czech Railways spokesman.

He said six people had been killed, fewer than a previously announced toll of 10.

A fire brigade spokesman confirmed six dead but said rescue teams had not yet searched through all of the wreckage.

"There are many injured," said fire brigade officer David Pridal. "There are some dead, but we do not have precise numbers because our people are devoting time to rescue those alive."

There was no information on the nationality of the victims. Both Krakow and Prague are popular with foreign visitors.

Pictures from the scene showed rescue teams climbing into mangled green and white train carriages that had been thrown off the rails and were tangled in the ruins of the bridge.

"It looks terrible there," said Jan Kucera, of the Railway Inspectors. "The carriages are derailed and passengers are trapped."

The locomotive and several carriages of the Comenius express were damaged. Rescuers said the bridge, which was under reconstruction, may have collapsed while the train was approaching or passing underneath.

Studenka is about 350 km from Prague and close to the eastern Czech city of Ostrava and the Polish border.

A spokeswoman for the Ostrava municipal hospital said ambulances and a helicopter had begun bringing in injured passengers.

"All staff have been called to service and we have freed a number of beds to make room for the injured," said Anna Vidisevska.

Czech Prime Minister Mirek Topolanek and his Polish counterpart Donald Tusk were on their way to the site.