6th Street Festival by US Muslims

The 6th biennial festival, organized by the Inner-City Muslim Action Network (IMAN) is expected to draw Muslim Americans from around the nation in Marquette Park to celebrate their faith and spiritual identity in America. 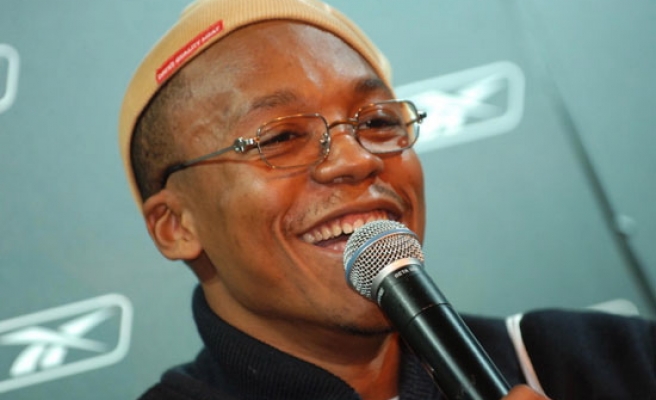 Festival is expected to unite Muslim Americans from around the nation in Marquette Park to celebrate their faith and spiritual identity in America.

For many young Muslim Americans, Grammy-nominated hip-hop artist and Chicago native Lupe Fiasco is more than a rapper with cool beats.

To them, Fiasco, a devout Muslim who often slips his faith into his music, symbolizes the struggle of young Muslims to reconcile their spiritual identity with their place in American society.

Early in his music career, Fiasco touched on that conflict in a personal song called "Muhammad Walks." Using music from the Kanye West hit "Jesus Walks," Fiasco rapped about the tenets of Islam in a way that his generation could understand.

The song appeared on no album, but "Muhammad Walks" traveled by word of mouth and the Internet, reaching Muslims worldwide and becoming a contemporary religious anthem.

This Sunday, Fiasco is the headline performer for "Takin' It to the Streets," one of the largest community festivals in southwest Chicago and what organizers say is the only event of its kind in the nation put together by Muslim Americans.

More than another summer festival, the "Streets" event brings together artists, entertainers, religious scholars and activists to show the diversity of young Muslim America and how the next generation is trying to improve their communities.

The 6th biennial festival, organized by the Inner-City Muslim Action Network (IMAN) is expected to draw nearly 4,000 people from California to Canada.

Fiasco, born Wasalu Muhammad Jaco, said he decided to perform at the event in order to put a different face on Islam. Other popular entertainers like actor-rapper Mos Def and comedian Dave Chappelle have begun speaking out about their Islamic faith, surprising some of their fans who probably didn't realize they were Muslims.

"I think you've got a lot of people who want to represent and show the world that Islam is not just some Arab dude with a full gown and a long beard. I'm Muslim, and I'm standing right next to you," said Fiasco in a phone interview.

"Islam comes in every form and every color.

History shows terrorism is not exclusive to any one religion, Fiasco said.

"And in cases where people are aware of how these terrorist groups and systems came out, I'll come out and ... talk about not just "Islamic" terrorism, talk about all terrorism and the roots of terrorism, and how slavery was terrorism and that lasted 450 years," he said. "The Holocaust was terrorism ... Talk about all these different aspects of it, to just show people that, yo, we're the same. We're all capable of destroying the planet, and we're all capable of making it a better place."

Since 1997, when IMAN held the first "Takin' It to the Streets," the goals of the festival have evolved along with the group's mission. Rami Nashashibi, the group's executive director, said its focus initially was to connect Arab and Southeast Asian Muslims in Chicago's suburbs with African-American Muslim leaders in the city.

As those connections solidified, IMAN began reaching out to non-Muslim groups, becoming involved in providing social services for the Southwest Side Chicago Lawn neighborhood that included free computer classes, a neighborhood food pantry and most recently, a health clinic.

One of the group's biggest priorities is reducing crime by working with the anti-violence group, CeaseFire. Together, IMAN and CeaseFire reach out to young people tempted by gang life and work with ex-offenders. Nashashibi, 35, hopes such partnerships debunk stereotypes of Muslims as prone to violence.

"At a time when Muslims and Islam are so often associated with violence, it's really important for us to be able to send a message that here, in urban places like Chicago, Muslims are actually working in collaboration with the community to do everything they can to reduce and stop violence," he said.

Aminah McCloud, religious studies professor at DePaul University and an expert on Islam in America, said the Streets event is a source of inspiration for other young Muslim groups as a blueprint for community activism.

"I think it's significant in that it is a young-adult run organization who is providing community services and bringing together young adults, Muslim and non-Muslim, across ethnic groups," she said.

The festival is empowering for the hundreds of volunteers who help to make it happen, McCloud said.

Another testament to the growing influence of the Streets festival is getting Lupe Fiasco to perform. Fiasco, who was raised on Chicago's West Side in a Muslim family, said his faith forms a large part of his music. But he prefers to make the religious references vague and covert. The title of his first album, "Food and Liquor," for example, has a double meaning, one related to street-life and the other to Islam.

"It's so natural for me to pull inspiration very subtly from different places and just insert it into the song. And then, when it comes up and we sit down and discuss it, it'll [Islam] come up," Fiasco said.

That spirituality speaks loudly in the song "Muhammad Walks," which appeared on an early mix tape. Fiasco said he wrote the song to clear up misconceptions about Islam, but decided not to put it on any album because he didn't want to profit from the name of Muhammad.

Though he rarely performs the song and has trouble remembering the words, Fiasco said he would likely sing it Sunday if the crowd requests.

Fiasco is working on his second album, which will include a character that emerged from his Friday prayers at a mosque. Though his Muslim identity plays a large role in his life, Fiasco is clear to say that he doesn't want to be the poster-boy for Islam.

Still Nashashibi said Fiasco is a role model for thousands of young Muslims around the country who will be traveling to Marquette Park on Sunday to see him.

"Lupe is very much part of the larger hip-hop culture and has been very successful in communicating a message of positive social consciousness, while not completely alienating himself from a level of mainstream commercial success," he said.

"In many ways, I think that's what many Muslims are trying to aspire toward. They're trying to remain who they are, with integrity, and still be part of the larger society."