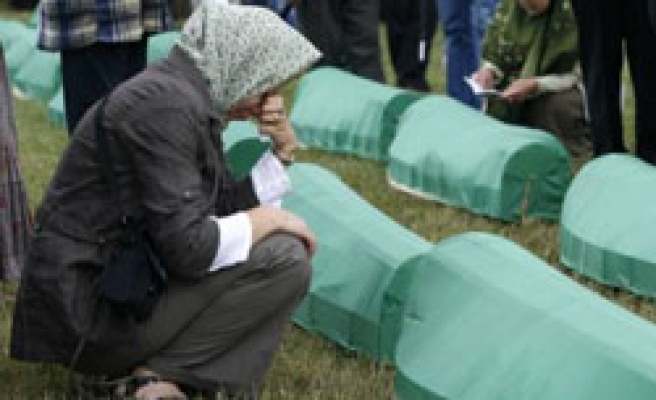 Bosnia's war crimes court sentenced seven Bosnian Serbs to prison terms ranging from 38 to 42 years on Tuesday for taking part in the mass killing of Bosnian Muslims in Srebrenica in July 1995.

"They killed several hundred Bosniaks (Bosnian Muslims) from Srebrenica," said judge Hilmo Vucinic. The murdered men had been kept in a warehouse in the village of Kravice.

The two-year-long trial ended a week after Bosnian Serb wartime leader Radovan Karadzic was arrested in Belgrade. He is indicted by the United Nations war crimes tribunal in The Hague for orchestrating the Srebrenica massacre of some 8,000 people.