More than two-thirds of Iraqis believe US-led occupation forces should leave, according to a poll conducted for British television ahead of the fifth anniversary of the Iraq occupation. 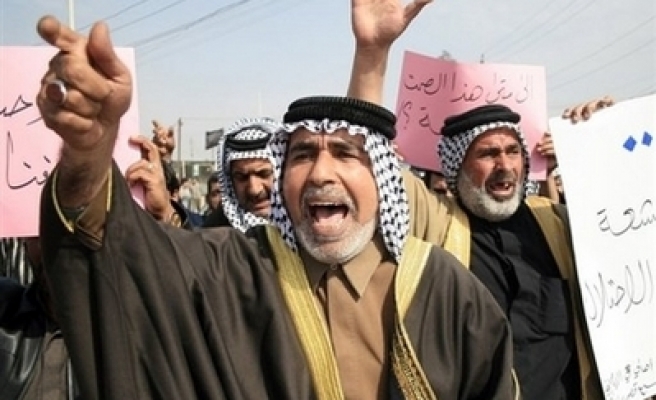 Yet some 40 percent of the 4,000 people surveyed said they wanted the United States to play a bigger role in rebuilding Iraq and 36 percent wanted more British involvement.

Overall, the wide-ranging poll painted a mixed picture of Iraqi attitudes, contrasting their bleak daily existence with a surprisingly positive attitude about the future.

It threw up stark statistics on the human cost of war, which began on March 20, 2003, its effect on infrastructure and daily life, plus the bloody sectarian violence that erupted in the aftermath of the occupation.

A quarter of those surveyed said they had lost a family member to murder. In Baghdad, that figure rose to nearly half (45 percent).

Some 81 percent had suffered power cuts and 43 percent had experienced drinking water shortages. In the last month, more than a quarter (28 percent) had been short of food.

Opinions varied on progress towards democracy.

Less than a quarter (23 percent) thought military action would prove to have been in Iraq's long-term interests but 55 percent were optimistic about the future -- although 48 percent of the minority Sunni were not.

Some 45 percent said they were satisfied with the pace of change, compared with 40 percent who were not; and just over two-thirds (68 percent) predicted Iraq would "one day be peaceful and normal."

Four out of five people said their own area was already trouble-free.

- ORB and its local partner IIACSS interviewed 4,000 Iraqis in person between February 24 and March 5.