Japan's Meteorological Agency lifted the tsunami warning it issued for northeastern Japan on Saturday after an earthquake struck off the east coast of Honshu. 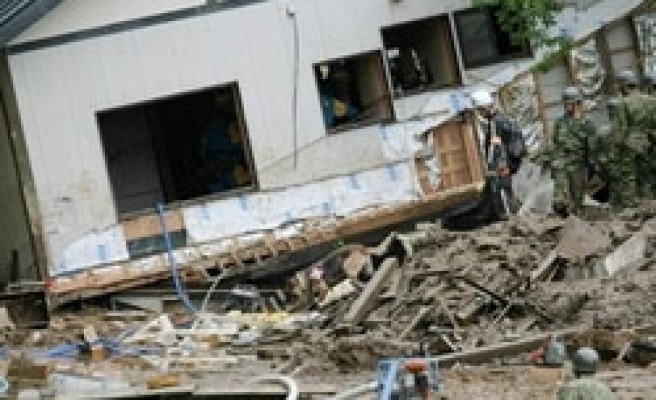 A 7.0 magnitude earthquake struck beneath the north Pacific Ocean 77 miles (123 km) east northeast of Iwaki, Japan at 0239 GMT at a depth of 25 miles(40 km), the U.S. Geological Survey reported on Friday.

The Japanese government issued a Tsunami alert for northeast Japan after the temblor, originally reported at magnitude 6.6. Iwaki is in northeastern Honshu, Japan.

Japan's Meteorological Agency lifted the tsunami warning it issued for northeastern Japan on Saturday after an earthquake struck off the east coast of Honshu.

There were no initial reports of damage from the quake.

The biggest tsunami measured was 20 cm (7.9 inches) along the coasts of Fukushima and Miyagi prefectures, the agency said.

Nuclear power facilities in the area were unharmed and were continuing to operate as usual, said officials from Tokyo Electric Power Co <9501.T> and Tohoku Electric Power <9506.T>.

The quake was epicentred in the same area as a June 14 tremor which killed at least 10 and left as many again missing.

In October 2004, an earthquake with a magnitude of 6.8 struck the Niigata region in northern Japan, killing 65 people and injuring more than 3,000.

That was the deadliest quake since a magnitude 7.3 tremor hit the city of Kobe in 1995, killing more than 6,400. (Reporting by Yoko Kubota; Editing by Jeremy Laurence)