The World Health Organization said Thursday that an estimated 77,000 deaths are recorded annually in the Asia-pacific region due to health problems arising from global warming. 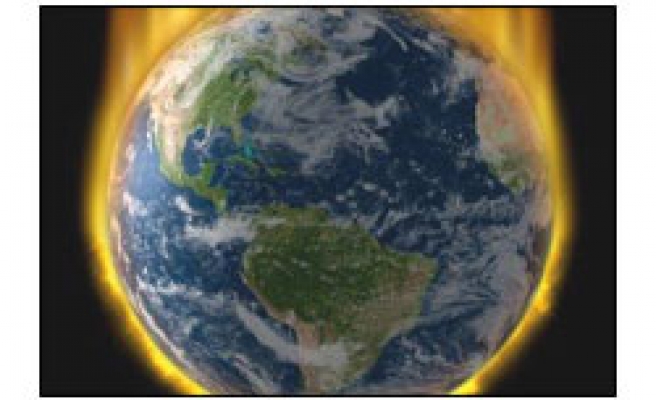 The World Health Organization said Thursday that an estimated 77,000 deaths are recorded annually in the Asia-pacific region due to health problems arising from global warming.

The statement by the world health body comes ahead of next week's meeting of international health experts from 14 different nations at Malaysia's capital Kuala Lumpur to discuss the effects of increasing global temperatures.

"We have now reached a critical stage in which global warming has already seriously impacted lives and health, and this problem will pose an even greater threat to mankind in coming decades if we fail to act now," Shigeru Omi, WHO regional director for the Western Pacific, was quoted as saying in the statement.

A recent study by the WHO estimated that climate change directly or indirectly contributes to about 77,000 deaths annually in Asia and the Pacific, about half of the world total attributed to climate change.

Among the potential effects of global warming would be the appearance of mosquitos in areas where they were previously absent, with the accompanying threat of malaria and dengue fever.

The conference will also reveal that some regions might be at risk of reduced rainfall, causing a shortage of fresh water and introducing the danger of waterborne diseases.

Millions of people could be at risk of malnutrition and hunger if arable lands become unworkable, the statement warned.

Delegates at the four-day conference will also be told that the increasing frequency of summer heat waves in temperate zones, and typhoons, hurricanes and floods throughout the world are signs of changing weather and climate patterns.

Key findings from this workshop will be shared at a ministerial meeting in Bangkok on August 8 and 9, which will be attended by ministers of health and environment from 14 countries in the Southeast and East Asia regions. Last Mod: 28 Haziran 2007, 16:45
Add Comment