Six people were killed when a passenger train heading for Australia's second biggest city Melbourne collided with a truck at a level crossing on Tuesday, police said. 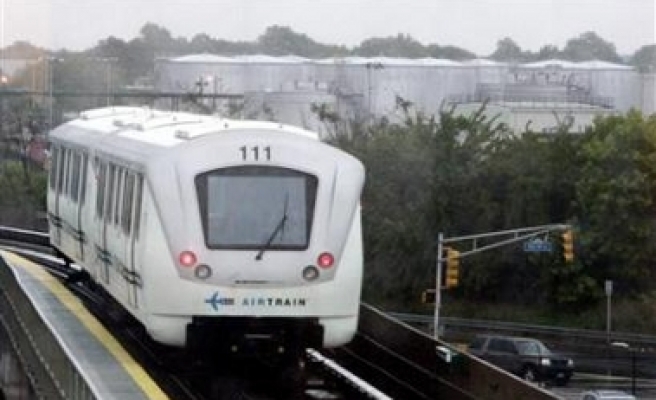 Eight people were killed and about 50 wounded when a truck collided with a passenger train at a level crossing in the north-west of Australia's state of Victoria Tuesday, police said.

The accident happened at the level crossing several kilometers from Kerang, about 40 minutes after the train left Swan Hill early Tuesday afternoon.

The train is believed to be due to arrive at Southern Cross station in Melbourne, capital of Victoria, late in the afternoon.

"There are 12 with serious injuries and we've got around 40 people who are wounded," a police spokeswoman was quoted by Australian Associated Press as saying.

The truck driver has been taken to the hospital in another city in a serious condition, she said.

At least six ambulances had headed for the scene of the collision.

Helicopters and fixed wing aircraft flew to Kerang to airlift the most badly injured to Melbourne.

Meanwhile, a spokeswoman for the Rural Ambulance Service said a teenager was among those critically injured in the accident and had been airlifted to Melbourne for treatment.

"There are three (other) patients being loaded on to a fixed wing aircraft and they're going through to Melbourne ... they're the more critically injured," she said.

Those seriously hurt had suffered head, abdominal and chest injuries.

"Then we have a further 10 walking wounded, they're fairly minor such as lacerations, bruises, that sort of thing," she said.

It was reported that the crossing had flashing lights but no boom gates.

It is unknown at this stage if the lights were working when the accident happened. Last Mod: 05 Haziran 2007, 11:28
Add Comment