81 percent of Americans believe US on wrong track: Poll

Four out of five Americans believe things are "on the wrong track" in the United States, the gloomiest outlook in about 20 years, according to a New York Times/CBS News poll released on Thursday. 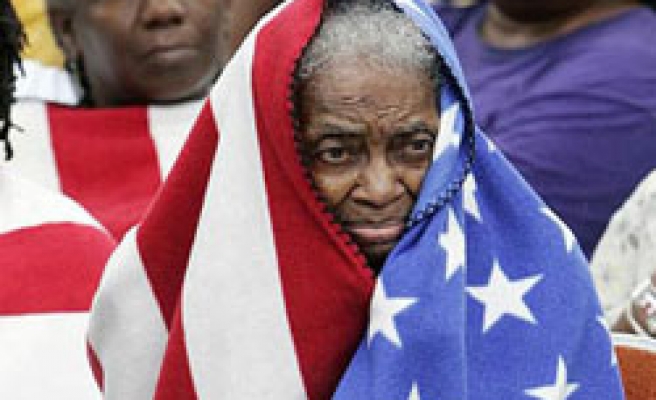 The poll found that 81 percent of respondents felt "things have pretty seriously gotten off on the wrong track." That was up from 69 percent last year and 35 percent in early 2003.

Only 4 percent of survey respondents said the country was better off than it was five years ago, while 78 percent said it was worse, the newspaper said.

The Times said Americans were more unhappy with the country's direction than at any time since the survey started in the early 1990s.

The economy has emerged as the biggest issue in this year's U.S. presidential campaign. The country is struggling with a mortgage crisis and many economists forecast a recession this year.

Most of those surveyed said they were keeping their heads above water financially, but Americans were concerned about the country's financial footing.

According to The Times, only 21 percent of respondents said the overall economy was in good condition, the lowest number since late 1992, when the recession that began in the summer of 1990 had already been over for more than a year. In the poll, nearly two out of three people said they believed the economy was in recession.

When questioned about the mortgage crisis, Americans blamed government officials more than banks or home buyers and other borrowers for the turmoil, the newspaper said. Forty percent of respondents said regulators were mostly to blame, while 28 percent named lenders and 14 percent named borrowers, according to the poll.

Those surveyed said individuals, not financial institutions, should get government help. The paper said a clear majority told pollsters they did not want the government to lend a hand to banks, even if the measures would help limit the severity of a recession.

The national poll, conducted March 28 through Wednesday, surveyed 1,368 adults. The margin of error was 3 percentage points.