An 89-year-old Malaysian grandmother running for parliament in Saturday's general election has turned to cyberspace to reach out to her voters with a Facebook profile and her own blog. 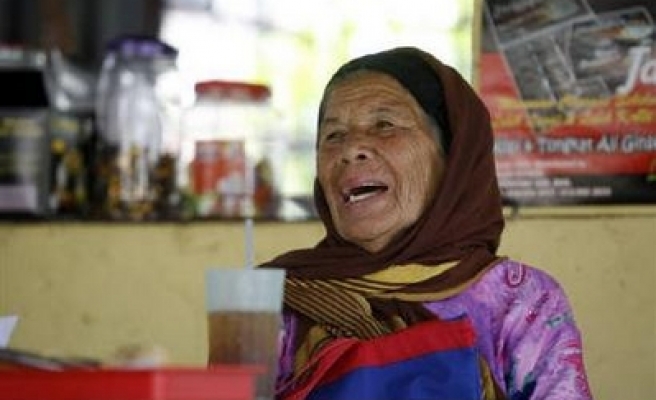 With little money or manpower, a barely literate 89-year-old Malaysian grandmother running for parliament in Saturday's general election has turned to cyberspace to reach out to her voters with a Facebook profile and her own blog.

The woman, the oldest election candidate in Malaysia and quite possibly in the world, is waging an uphill battle to wrest a seat in the country's northeast from the ruling coalition.

"This is very tiring," Maimun Yusuf said during a break in her campaign for the 83,000-strong constituency of Kuala Terengganu, capital of oil-rich Terengganu state.

"I have been going non-stop since nomination day but a lot of people are helping me out, so I'm not pulling out," said the woman, a textile trader with seven grandchildren and 19 great-grandchildren.

Maimun, who gets around on an old bicycle, surprised her townfolk when she turned up to register on February 24 as an independent candidate in a three-cornered race. Most of them, like her, are Muslim Malays.

With little money and resources, Maimun is relying on some 24 volunteers and the Internet to get her message across. Her Internet savvy supporters helped set up a page for her on Facebook, the global social networking Web site. They are also running a blog for her (www.maimunbintiyusuf.blogspot.com), though she can barely read or use a handphone.

"Alhamdulillah (Thank God), I am happy. I hope it can serve as an example to younger people. They just sit and complain and since no one I knew was willing to fight, I decided that I had to be the one to do it," she said. So far, she has spent 20,000 ringgit ($6,319) on her campaign, using most of her savings.

Asked about her election message to voters, she said: "I am upset when I see a lot of youths turning to drugs and there are not enough schools. If chosen, I will make it all better."