The 99 Names of Allah has inspired veteran British composer John Tavener to create his new classical soundtrack "The Beautiful Names," and were played in Westminster Cathedral. 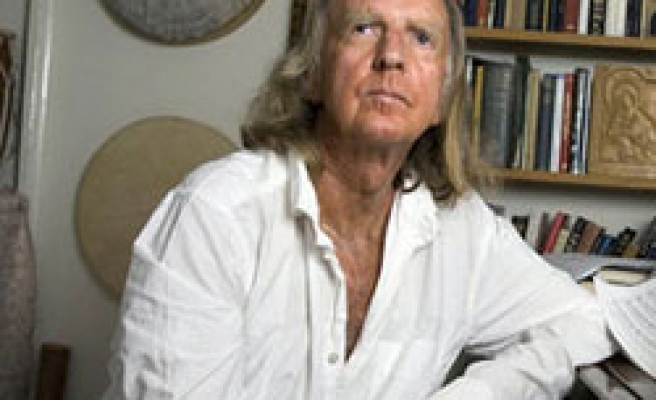 The 99 Names of Allah has inspired veteran British composer John Tavener to create his new classical soundtrack "The Beautiful Names," and were played in Westminster Cathedral.

"All I can say is, it’s a wonderful text — basically a list of names, some of majesty, some of mercy — that I’ve set as theophanies: as soundings-forth on the nature of the divine, with music that reflects their meaning. The Beneficent, the Opener, the Subtle," Tavener told The New York Times on Sunday, June 17.

Tavener, who was first catapulted to fame for his "Song for Athene" soundtrack that accompanied the funeral of Princess Diana in 1997, said it took him years to bring the "Beautiful Names" to the light.

"It has simply taken that long to fit together the large forces the piece requires, which include the Westminster Cathedral Choir, the BBC Symphony Orchestra and Chorus, the baritone soloist John Mark Ainsley and of course the powwow drum, which is ceremonially struck every 99 beats: one beat for every name," he added.

The new soundtrack has been commission by Prince Charles.

The Prince of Wales is a staunch advocate of bridging the gap between Islam and Christianity.

Through his several speeches on Islam and the West, he has stressed the need for the two to live and work together.

The composition of "Beautiful Names" and another piece called "The Veil of the Temple" was a turning point for Tavener's works as it signaled the start of a new diverse genre from a devote Christian.

"I reached a point where everything I wrote was terribly austere and hidebound by the tonal system of the Orthodox Church," he said.

"And I felt the need, in my music at least, to become more universalist: to take in other colors, other languages," he added.

Tavener says he became a "peaceful family man" following a maverick and debauched lifestyle when he became a practicing Christian.

He opened his eyes and ears to other sources of inspiration like Islam and Hinduism to enrich his mystical works.

Tavener used to dismiss the idea of progress or development as meaningless; believing that all art had reached perfection in "primordial" times, so everything the modern West had produced was in error.

"It used to be a sort of tyranny for me. Now I feel free to wander further, so long as it makes metaphysical sense," he said.