A doomsday scenario for EU-Turkey ties

"A senior level official of the EU is assassinated. Turkish forces enter the green zone on the island after escalating skirmishes in no man's land. How will the EU react?" 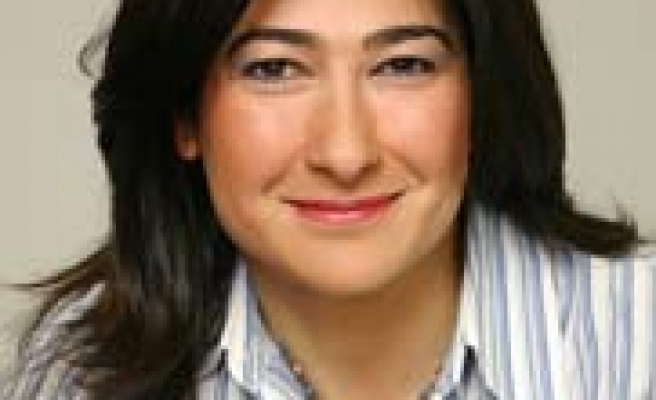 Europe based think- tanks are busy nowadays figuring out how Turkey's relations with the EU will proceed after the elections. I am doubtful whether any of them are discussing such extreme case scenarios at their brainstorming meetings. At least those that I participated in – one in Istanbul and one in Brussels in the course of the last 10 days – were not as creative as the Washington based Hudson Institute, which was in the spotlight lately for having talked about the consequences of a scenario based on the assassination of the head of the Turkish Constitutional Court and an explosion killing 50 people in Turkey, followed by a cross-border military operation into northern Iraq.

Obviously, no one has a rosy picture when looking at the future of Turkey-EU relations. For some, it's time to think about worst-case scenarios. For others, the situation is “critical but not hopeless.” And then there is another group who believes there have always been ups and downs and yet another “down the hill” course awaits Turkey to be followed hopefully by an “uphill course.”

One thing is for certain. For the accession process to proceed, something has to be done about Turkey's negative image in Europe. Everyone agrees there is a need for an efficient communication strategy.

Simon Anholt is an independent government advisor. He explained how it is difficult to change prejudices, especially, of ordinary people who do not try to find out the truth about a specific country in contrast to the elites – decision makers, diplomats, journalists, investors – whose job is to know about the man on the street, who in contrast to the elites, are looking for the information.

According to Anholt, who spoke at a meeting organized by the Center for European Reform last week in Brussels, one of the best ways to unseat people's prejudice is to do something “phenomenal.” “Sometime a single event can unblock deeply rooted opinions,” said Anholt.

A similar view was expressed during a brainstorming meeting in Istanbul. Shock therapy was proposed to revive Turkish-EU relations. Whether you call it shock therapy or a surprise initiative, the first possible steps that come to mind are, withdrawal of Turkish soldiers from Cyprus or opening the border with Armenia. However, in the existing conjecture, such steps will be seen as acts of desperation that will reiterate the belief for those who believe that Turkey can do anything just to kick start relations.

Furthermore, it will bear no result. Nor Sarkozy, neither his allies in Germany, Austria, the Netherlands and now in Belgium will not change their negative stance on Turkey's accession because of Cyprus or Armenia. For one simple reason: the man on the streets of Europe is indifferent to whether Turkey keeps soldiers in Cyprus or has no diplomatic ties with Armenia.

The enlargement fatigue is still huge. No one wants to hear about enlargement. Hence it will be rather counterproductive at this stage to engage in a big, high profile and flamboyant campaign to explain why Turkey should enter the EU.

I would rather opt for the Skoda model, as one of the participants in the Brussels meeting suggested. “Continue working on the product,” said a participant from the Open Society Institute, “Like Skoda, do re-branding, improve the product.”

While working on improving the national brand, Turkey could also undertake a low profile communication strategy. The one targeting the ordinary people should not be directly based on the merits of Turkish accession but simply on Turkish culture or economy. As far as the elites or opinion makers are concerned, an initiative could be undertaken similar to the one in 2004 when a group of prominent European political figures such as the ex Finnish President Matti Ahtisaari, toured European capitals to lobby for Turkey.

We should let Europeans get over the shock of enlargement. Right now they cannot tolerate another one.