A dream called electricity in Iraq

t is a part of the bigger dream of reconstruction that collapsed. On all measurable levels, the infrastructure is worse than under the former regime of Saddam Hussein, even when it was crippled by the harshest economic sanctions in modern history. 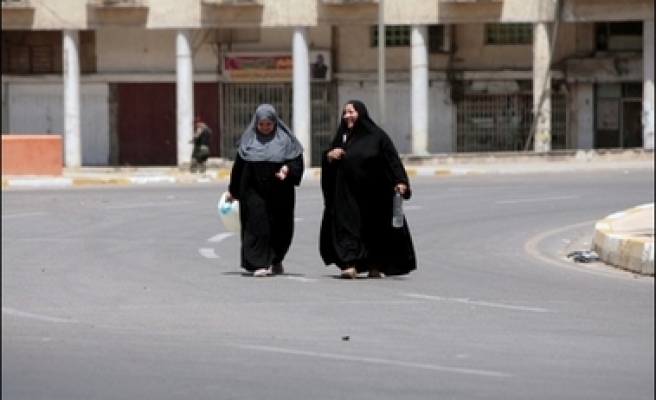 It is a part of the bigger dream of reconstruction that collapsed. On all measurable levels, the infrastructure is worse than under the former regime of Saddam Hussein, even when it was crippled by the harshest economic sanctions in modern history.

"Electricity is life," said 45-year-old Zahra Aziz, a schoolteacher and mother of four, using a hand-fan in an attempt to cool herself. "Modern life depends on power, and we do not have that here. Having no electricity means having no water, no light, no airconditioning, and in other words, no life."

Most people IPS spoke to in Baghdad said they get one hour of electricity in 24 hours.

"June is a very hot month, and this permanent electricity failure is just another way of giving Iraqis slow death," Umayma Salim, a doctor who quit her work at a hospital in Baghdad due to security threats told IPS.

"We are getting all kinds of diseases -- sunstrokes among those work outdoors to provide their children food, and psychological effects on all people. The weak functioning of hospitals and other infrastructure facilities have brought all kinds of complications of health and life."

"We are boiling here Sammy," a woman said to her husband on her mobile phone while talking to IPS. "You enjoy the breeze and electricity in Jordan my dear, but do try to take us off this frying pan. We are sweating like Niagara falls over here."

Temperatures in Iraq are usually above 40 degrees centigrade in June, and can jump to more than 50 degrees in July and August.

"We cannot supply frozen and cooled food properly because of electricity failures," Jamal Rfai, a supermarket owner in Baghdad told IPS. "We bring very limited quantities and if there is any curfew or trouble in the street, then it is all wasted because of the heat, and of course no one will compensate our loss."

Workers at water service stations speak of incessant electricity cuts. "The main problem we are facing is electricity supply," a worker who gave his name as Ahmed told IPS. "We have our standby generators, but they are meant to be used in emergency, not for so many hours a day as we do nowadays. Besides, the fuel supply is also not sufficient."

Waiting time at petrol stations in Baghdad continues to average more than 24 hours. People sleep in their cars, or hire others to sit in their cars for them. And there is no guarantee there will be petrol at the end of the wait.

Most factories have stopped production because of the security situation and the lack of electricity.

"I moved my plastic bags factory to another area seeking better security, but now I cannot work because there is no electricity," Ahmad Ali, a factory owner from Baghdad told IPS. "We are wasting our time hoping for something that we will never have because this occupation intentionally kills life in this country."

Similar complaints are coming from farmers. Many say production is down at least 80 percent from what it was before the U.S.-led occupation.

"It is deliberate damage caused by the occupation," Salim Abdul-Sattar, a local politician from Baghdad told IPS. "To cut electricity is to cut the main vein of life, and that is the main goal of the occupation."

Abdul Sattar believes that the occupation authorities "could have provided electricity in a few months if they wanted to, but this problem is useful for what they call creative chaos."

Most of Iraq faced near total electricity failure last week. Iraqi media outlets like al-Hurra and al-Iraqiyah which are known to be heavily influenced by the U.S. government broadcast messages claiming that terrorists had attacked the main electricity stations, causing power outages.

"We are now used to hearing such lies," a government engineer who works at one of the stations told IPS.