A Muslim Sitcom? Learning from the Cosby Model

Muslim-themed comedy projects will meet with commercial success. But Who will do for Muslims in America what the Cosby Show did for black folks? 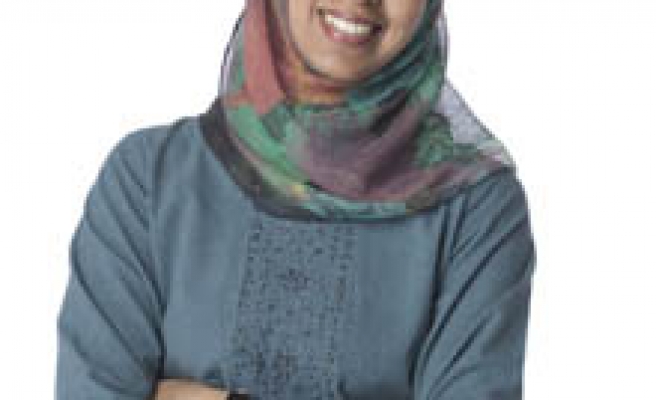 
The history of minorities in comedy on U.S. television is quite varied. Naturally, there is a ton of literature and critique on it, both academic and popular. Getting into all the details of how black comedians have been exploited by white corporate TV execs over the years (and black corporate TV execs more recently – witness BET and HBO Def Comedy Jam, for example) is beyond the scope of this simple column. (One would do well to watch Spike Lee's "Bamboozled," however, for an aesthetic history of blaxploitation in Hollywood.)

Instead, I simply wanted to share a couple of important thoughts.

First, "The Cosby Show" is the most important model and precedent, in my opinion, for any minority-centric American sitcom. By the time the Cos got that show on the air in the fall of 1984, he was already a comedian of legendary status and a seasoned entertainment professional. Also, after having starred in, developed and/or produced a number of shows of varying degrees of success already (e.g. "I Spy," "Fat Albert and the Cosby Kids," "The Bill Cosby Show") he had the production side down pat. These were all important ingredients to the sitcom’s commercial success.

This was not some accident. It was not an unintended consequence.

On the contrary, if one carefully observes the opening credits of each episode of "The Cosby Show," one will see that the comedian commonly known as "Bill Cosby" is actually credited as "William H. Cosby, Jr., Ed.D." That’s right, it is a reference to his doctoral degree from the University of Massachusetts. The Cos always intended for the show to be both entertaining AND educational.

He didn’t stop there.

Every single script of the show was reviewed, revised and edited by Dr. Alvin Poussaint, M.D., one of the top black psychiatrists in the country. He was hired as a consulting producer for the explicit purpose of "recoding blackness" for the viewers. This demonstrates the savvy and sophistication of the Cos. He understood well Peter Berger’s idea of "plausibility structures" and the fact that a primetime TV portrayal of a middle-class, middle-aged African American couple (one a doctor, the other a lawyer) could significantly shift, if not transform, what the viewership considered "within the realm of possibility" for Blackamericans.

Obviously, with the present set of anxieties surrounding Muslim/non-Muslim relations all around the world, we can only expect to see more entertainment content that will address these issues. Muslim-themed comedy projects will no doubt meet with varying levels of niche and mainstream commercial success. But which ones will make the type of huge social impact that is so needed in our time? THAT is the potentially multibillion-dollar question. Who will do for Muslims in America what the Cos once did for black folks?

Of course, it could be argued that the question itself is unfair since there must first emerge comedians and entertainers of the status that the Cos already enjoyed (before his show smashed the mold). If nothing else, this will simply take time. (By the time Bill Cosby got "The Cosby Show" onto NBC, he had already been a prominent and successful American comedian for more than 25 years.) American Muslims are new to the field of professional media generally, and even greener in the entertainment side of the business. So my suggestion to those who are clamoring for a Muslim Cosby Show is that they must be patient. I believe it is inevitable, God willing. But it also means that they should not burden Zarqa Nawaz and her show, "Little Mosque on the Prairie," with expectations that may be literally impossible for her to meet.

Which brings me to my second point, about Zarqa herself. She is a wonderful woman, a conscientious Muslim sister and a dear friend of mine. However, she would be the first to admit that she is no Bill Cosby. Though I am very wary of loading her show with all sorts of hopes and aspirations, I am also adamant that everyone should give her and her show the props that they deserve. Whether you think the show is funny, accurate or able to sustain an audience, Zarqa has blazed a trail. She made history. Instead of sitting around crying, whining and complaining about how Muslims are portrayed in the mainstream entertainment business (which is what 99 percent of complaining Muslims do), she shut up and got to work on a sitcom – a dream she shared with me more than three years ago. God made her dream come true. She created, developed and produced a Muslim-themed sitcom for a mainstream Canadian broadcast channel, got top Canadian actors to star in it and had more than 2 million viewers tune into the first episode, smashing all sorts of CBC records. It's really all quite amazing. It's a type of fath (opening) from God, I believe.

I pray that my Lord continues to bless her, guide her and gift her with even more creative juices and greater passion to continue doing big things. And as for the haters, the Arabs have a proverb: "The dogs bark and the caravan marches along."