Palestinian President Mahmoud Abbas arrived in the Syrian capital Damascus on Friday for the two-day Arab League summit that opens in Damascus on Saturday. 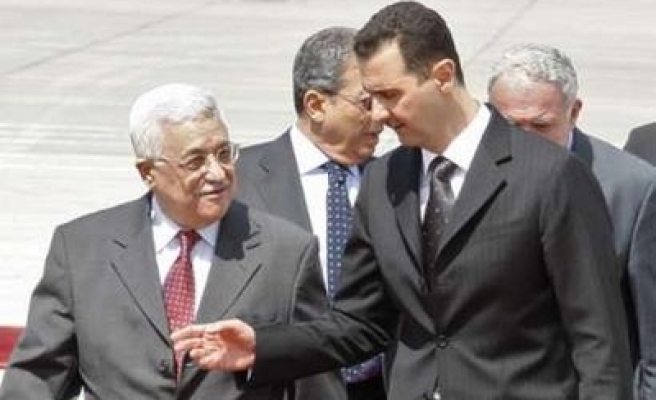 Officials close to the Palestinian delegation said Abbas will attend the first day of the summit only and was scheduled to leave Damascus on Saturday evening. The sources said Abbas is due to meet US Secretary of State Condoleezza Rice in Amman the following morning.

Abbas' arrival in Damascus came after Arab League foreign ministers renewed their commitment to the Arab peace initiative in apreparatory meeting ahead of the summit.

Palestinian Authority Minister of Foreign Affairs Reyad al-Maliki on Thursday joined the foreign ministers' meeting, where the summit's agenda was hammered out.

The preparatory meeting also adopted a draft resolution on the Palestinian issue, the Arab-Israeli conflict and the Arab peace initiative, stressing commitment to the just and comprehensive peace as a strategic option.