'Abbas envoys did not come to meet Haniya'

The visit, coming as Egyptian mediators sealed a Gazan truce between Israel and Hamas, had increased hope that the Fatah delegates could hold high-level Palestinian reconciliation talks. 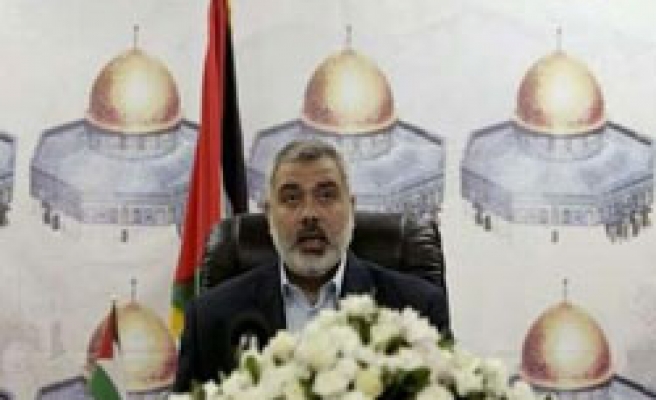 A delegation sent by Palestinian President Mahmoud Abbas failed to turn up for a meeting with Hamas's leader in the Gaza Strip on Thursday, the Islamists said, describing it as a snub that hurt reconciliation efforts.

In the first such mission since Hamas routed Abbas's forces to take over Gaza a year ago, two envoys from the president's secular Fatah faction this week travelled to the territory from the Israeli-occupied West Bank to brief members there.

The visit, coming as Egyptian mediators sealed a Gazan truce between Israel and Hamas, had increased hope that the Fatah delegates could hold high-level Palestinian reconciliation talks.

Ismail Haniyeh, who was the Hamas prime minister in a unity government dissolved by Abbas after last June's civil war, was due to have met the envoys in his former office on Thursday but they never showed up, Hamas said.

Haniyeh waited for an hour. "We deplore the irresponsible act by the Fatah leaders and the envoys of President Abbas," Hamas said in a statement. "We thought that they sought reconciliation and dialogue but it turned out they had other goals."

Neither Fatah envoy could be reached for comment. A faction official in the West Bank blamed the Gaza no-show on logistics.

"The arrangements came at a late time and were insufficient for such a meeting to take place. Therefore the meeting did not happen, and it will not happen during the current visit of the Fatah delegation," the Fatah official told Reuters.