Abbas May Resign if Embargo Persists

In a bid to pressure the Western powers, Palestinian President Mahmoud Abbas is considering resignation in two months if the international economic boycott of the unity government continued, a senior Palestinian official said Friday, May 4. 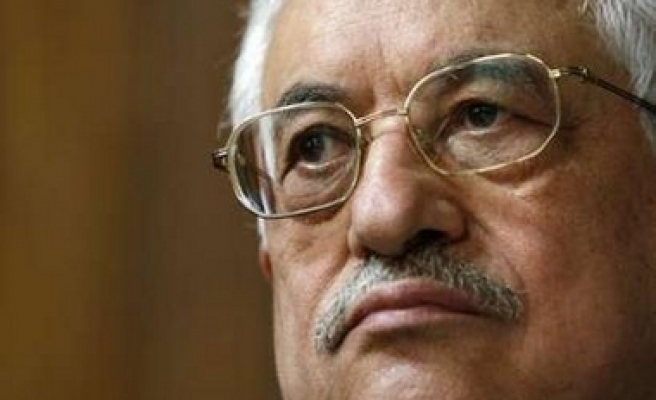 In a bid to pressure the Western powers, Palestinian President Mahmoud Abbas is considering resignation in two months if the international economic boycott of the unity government continued, a senior Palestinian official said Friday, May 4.

"In the next two months, if the siege is not lifted, then Abu Mazen (Abbas's alias) may resign," the official, a leading figure in Abbas's Fatah faction, told Reuters.

Abbas made the resignation remark at a meeting of senior Fatah officials on Thursday, Reuters said.

Abbas toured European and Arab capitals last month in a bid to persuade Western nations to end sanctions that have crippled the Palestinian economy by forming a unity coalition government in March, including Fatah ministers under Prime Minister Ismail Haniyeh of Hamas. The embargo, however, goes on.

Deputy Prime Minister Azzam al-Ahmad, a Fatah leader, said on April 30 the unity government should be disbanded if the embargo were not lifted within three months.

Prime Minister Ismail Haniyeh himself said the government would reassess its options in one to two months if sanctions remained in place.

And Hamas leader Khaled Meshaal warned this week Israel could face a third Palestinian Intifada unless conditions in the Gaza Strip and occupied West Bank improved.

Political analysts say Abbas has come recently under tense western pressures to call snap polls, but he resisted and threatened to step down in protest.

A senior Palestinian official has said that Arab and European countries have asked the Palestinian Authority to set the stage for snap polls early next year to lift the crippling political and economic siege.

The official said ranking Palestinian, Arab and European officials have been holding marathon talks to tackle how to hold such elections.

Abbas could then rule by decree for up to one year until elections were held, they said.

"The Palestinians have had their final say in the 2006 parliamentary elections," Hamas's spokesman Ismail Radwan told IslamOnline.net.

"The parliamentary elections (of last year) were fair and legal," he added. "We reject any coups against these elections or democracy."

Fatah and Hamas signed an agreement to form the unity government on February 8, during two-day crisis talks in the Saudi holy city of Makkah, hoping to end factional fighting that killed more than 90 Palestinians since December.

The Palestinians pinned high hopes that the new unity government would end the international boycott.

But their dreams were dashed by the West's adamancy to lift sanctions unless Hamas renounced violence, recognized Israel and respected past agreements with Tel Aviv, the same conditions set after the resistance movement won landslide in last year's legislative elections.

Tens of thousands of Palestinian workers staged a one-day strike on Wednesday, May 2, to protest against the government's inability to pay full wages

A 133-day strike by civil employees paralyzed the Palestinian Authority last year and some Palestinian officials fear a similar scenario in the coming weeks.

Finance Minister Salam Fayyad has warned of a financial crisis if funds were not paid to the Palestinian Authority.