Palestinian President Mahmoud Abbas on Thursday called on the international community to seriously consider "practical measures," including sanctions, to pressure Israel to comply with UN resolutions and end its occupation of Arab lands. 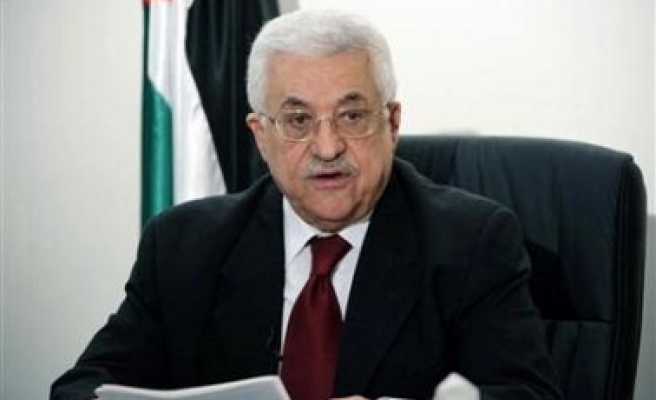 Palestinian President Mahmoud Abbas on Thursday called on the international community to seriously consider "practical measures," including sanctions, to pressure Israel to comply with UN resolutions and end its occupation of Arab lands.

"Practical measures must be seriously considered, including the possibility of sanctions, to actually compel Israel, the occupying power, to comply with UN resolutions 242 (1967), 338 (1973) and all other" relevant UN resolutions and international conventions and rulings," Abbas told the General Assembly's Palestinian Rights Committee in a statement as it marked today the 40th anniversary of Israeli occupation of Arab lands.

"It is a tragic irony that the Palestinian people, an occupied people, have had financial and political sanctions and one condition after another imposed on them following their exercise of democracy, and yet, Israel, despite all of these years of systematic and grave violations, has never been placed under sanctions. This illogical and unjust situation must be redressed," he said.

Abbas, whose statement was read out on his behalf in the committee by Palestinian envoy Riyad Mansour, blamed the international community for long decades of occupation.

"The inability of the international community to take action to compel Israel to comply with the law and UN relevant resolutions to bring an end" to Israel's violations and breaches of international law "has regrettably only encouraged Israel to continue acting with impunity in pursuit of its illegitimate goals," Abbas said.

He indicated that his people look toward the future with "dismay and uncertainty, never imagining that the occupation of their land and the subjugation of their people would continue for forty years now and fearful about their plight in the years to come if their rights and a just and peaceful solution are not urgently attained." "Peacemaking is not merely desirable, but it is an urgent requisite for turning the tide of injustice and ending the suffering and loss on both sides, which will inevitably have a positive impact throughout the rest of the region, " he said. The committee also heard statements by Amr Moussa, Secretary-General of the Arab League, read out on his behalf by his UN envoy Yehyia Mahmasani, Morocco's envoy Mustafa Sahel, as Chairman of the Arab Group, Senegals' envoy Paul Badji, the committee's chairman and many other speakers.