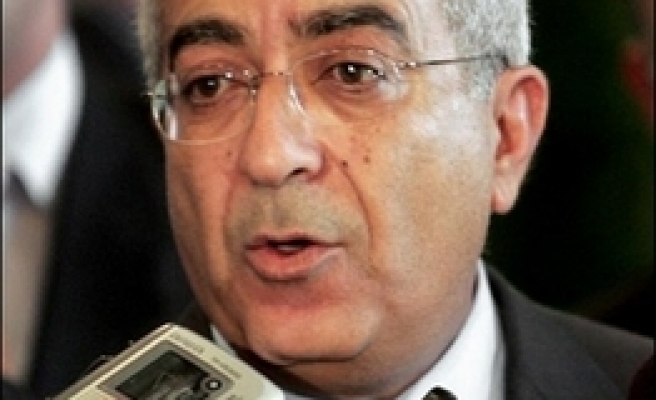 Fayyad was asked to set up an interim Palestinian government, one day after Abbas dissolved the unity government between Hamas and Fatah, which took office on March 17.

Abbas dissolved the unity government and declared a state of emergency on the Palestinian territories after Hamas seized control of the Gaza Strip.

Fayyad, born in 1952, is a U.S.-educated economist who acquired his Ph.D. in economics from the University of Texas at Austin. He was a former World Bank official and lived in the United States for about 20 years.

In early 2006, Fayyad ran as founder and leader of a new small political faction, called "The Third Way," in the Palestinian legislative election.

Fayyad, who is reportedly having good relations with both U.S. President George W. Bush and Secretary of State Condoleezza Rice, is seen as pro-Western. Last Mod: 15 Haziran 2007, 17:33
Add Comment