Mahmoud Abbas, the Palestinian president, has signed a decree allowing a Palestinian emergency government to take office without parliamentary approval. 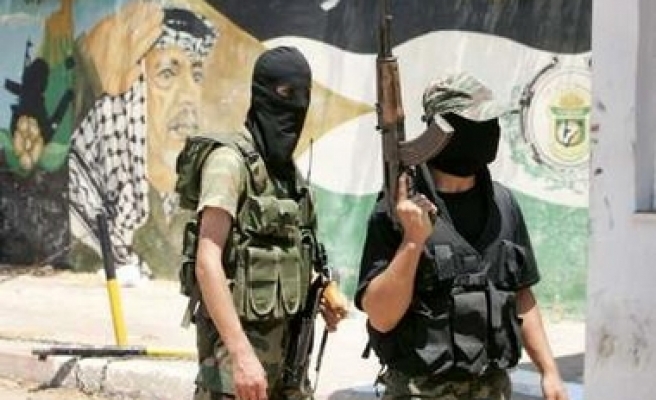 Mahmoud Abbas, the Palestinian president, has signed a decree allowing a Palestinian emergency government to take office without parliamentary approval.

The decree, issued early on Sunday, came after reports that Abbas was expected to swear in Salam Fayyad, an economist, as prime minister within the next 24 hours.

Abbas asked Fayyad, an independent parliamentarian who was finance minister in the now disbanded unity government, to form a new cabinet after fighters from the armed wing of Hamas took control of the Gaza Strip at the weekend, routing their secular Fatah rivals.

But in Gaza, Ahmed Bahar, the deputy parliament speaker and a Hamas member, called Abbas's attempt to form an emergency government illegal.

Fatah remains in control of the West Bank and Abbas is based in Ramallah, the Palestinians' administrative centre.

On Saturday, Fatah supporters in the West Bank attacked Hamas politicians and establishments to avenge the killings of Fatah members in Gaza.

Hamas later threatened to retaliate in the West Bank against Fatah - which is headed by Abbas - if it did not stop "terrorism" there.

Early on Sunday, the Israeli prime minister said the formation of the Palestinian government has created a "new opportunity" for peace moves.

Israel will recognise a Palestinian government that does not contain ministers from Hamas, Ehud Olmert said before departing for a visit to the US.

"A Palestinian government which is not a Hamas government is a partner and we will co-operate with it."

In another boost for Abbas, a US envoy told Abbas during a meeting in the West Bank on Saturday that the US would lift a direct ban on aid to the government once the new administration was announced.

Jacob Walles, the US consul-general in Jerusalem, said: "I expect that we are going to be engaged with this government.

"I expect that early next week. There will be some announcements in Washington, specifically about our assistance and about the financial regulations."

The emergency government will have between 10 and 12 members and consist primarily of independent technocrats.

On Saturday in Ramallah, 50 fighters loyal to Fatah and 200 activists stormed a Palestinian parliament building, dragging a Hamas-backed deputy speaker from the building.

In Hebron, al-Aqsa Martyrs' Brigades fighters, an offshoot of Fatah, stormed government offices and set up checkpoints to search for Hamas members.

He said: "What is happening in the West Bank is a real coup and real terrorism.

"We will not stand handcuffed against these crimes in the West Bank."

Hanan Ashrawi, a Palestinian Legislative Council member, told Al Jazeera that "Palestinian leaders, including from al-Aqsa Martyrs' Brigades, have called on people not carry out acts of revenge in the West Bank".

She, however, said the looting of buildings such as Yasser Arafat's were "acts of extreme provocation".

Many Fatah supporters who live in Gaza fear reprisals from Hamas fighters.

Hamas fighters are still searching for their Fatah rivals to seize their weapons and at least 200 Fatah men have already fled the territory, by land or sea to neighbouring Egypt.

Israeli troops at the Erez checkpoint between Gaza and Israel fired warning shots at Palestinians who tried to cross into Israel to escape the violence.

"Gaza belongs to all the Palestinian people and not just Hamas," he said in an interview with France's Le Figaro newspaper.

"Separation is not on the agenda and never will be."

Late on Friday, Khaled Meshaal, the exiled political leader of Hamas, called for dialogue with Abbas and Fatah.

At a news conference in the Syrian capital, Damascus, he said Hamas had no option but to use force to wrest control of Gaza in fighting that killed dozens of Palestinians.

"The lack of security drove the crisis toward explosion. What happened in Gaza was a necessary step.

"The people were suffering from chaos and lack of security and this treatment was needed."

But on Sunday, Abbas angrily rejected attempts by Amr Moussa, the Arab League chief, to mediate between him and Meshaal.

Yasser Abed Rabbo, an Abbas aide, said: "We reject the Arab inquiry commission. This is a flagrant intervention in our affairs.

"The president would not engage in a dialogue with 'killers'".

Rabbo said: "I tell Meshaal that there cannot be dialogue with those who commit massacres in Gaza."