Abbas to send aides to Damascus for dialogue

Abbas had rejected to hold any talks with Hamas until last month when Abbas changed his mind and said he is ready to contact with Hamas. 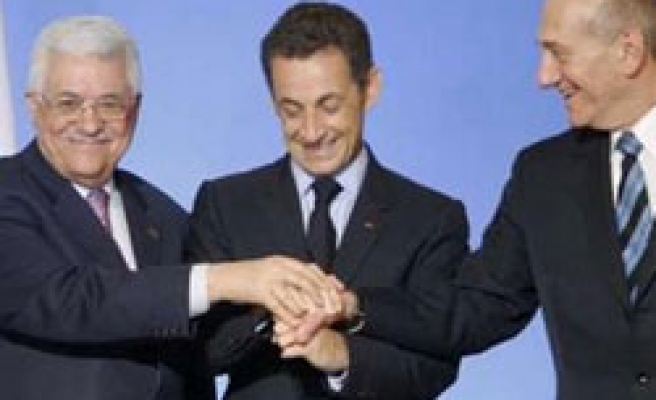 Palestinian President Mahmoud Abbas will send his aides to Damascus this week to meet exiled leaders of Palestinian factions to discuss the resumption of inter-Palestinian dialogue, sources said Sunday.

Nasser Yousef, a member of Abbas' Fatah central committee, will head the delegation to the talks on the mechanisms of launching the dialogue to end the Palestinian political split, Chinese news agency reported the sources as saying.

Abbas had rejected to hold any talks with Hamas until last month when Abbas changed his mind and said he is ready to contact with Hamas.

On June 4, President Abbas called on Hamas to launch a comprehensive national dialogue based on the Yemeni initiative of reconciliation. Abbas and Hamas still have arguments on the implementation of the initiative.

The Yemeni initiative calls on Hamas movement to end its Gaza takeover which occurred in June last year, and to form a transitional unity government, preparing for early elections and to rebuild the Palestinian security apparatuses.

Abbas and Fatah movement accepted the Yemeni initiative and called on Hamas to implement it immediately. However, Hamas movement said it accepts the initiative in condition to be negotiated before it is implemented.