Shinzo Abe, the Japanese prime minister, is headed for Washington for a summit aimed at reinforcing the alliance with the US, but which could be overshadowed by Abe's recent comments over Japan's wartime sex slavery. 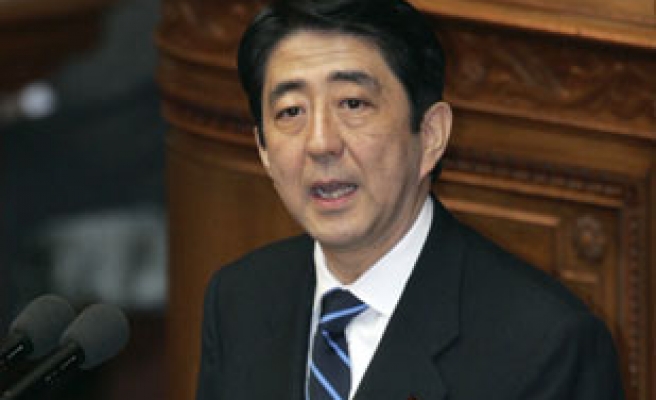 The two-day visit will Abe's first to Washington since he took power last year.

On the agenda will be North Korea's nuclear programme and its failure to implement a February deal to shut down its nuclear reactor by April 14.

China's rapidly rising defence spending will also be a likely topic in the wake of a recent visit to Japan by Wen Jiabao, the Chinese premier.

Meanwhile critics of Abe say they are planning a rally in Washington on Thursday to demand Japan fully apologise for forcing mostly Asian women to serve as sex slaves.
Last month Abe told the Japanese parliament there was no proof Japan's government or military had forced women to work in military brothels during World War Two.

His comments came as he rejected a resolution passed by the US congress calling for Japan to voice an unequivocal apology over the issue.

Abe, for his part, has reiterated that he stands by a 1993 apology that acknowledged official involvement.

Speaking to reporters ahead of his visit, Abe said he wanted to created a relationship with the US president "in which we can talk about anything frankly".

"The Japan-US security alliance is the backbone of our bilateral relations," he said.

Both leaders have met before, but have not built the close bonds that developed between Bush and Abe's predecessor, Junichiro Koizumi.

Abe - who owes much of his popularity to a tough stance toward North Korea - has made clear Tokyo will not give aid until it sees progress in a feud over its citizens abducted decades ago.

He has also made rewriting Japan's pacifist constitution a top goal and will likely showcase his vision of a more assertive Japanese role in global security.

On Wednesday, the government said advisers to Abe would review a ban on collective self-defence, or aiding an ally when attacked, which prevents Japan from shooting down a ballistic missile headed for the United States.

After Washington, Abe will head for the Middle East to deepen ties with the region, the source of nearly all Japan's oil.

A delegation of 175 businessmen led by Fujio Mitarai, head of the Keidanren business lobby, will accompany him to Saudi Arabia, the United Arab Emirates, Kuwait, Qatar and Egypt.