The Kodori Gorge, the only piece of Abkhaz territory held by Georgian troops, it is an ideal route for any invasion into the region. 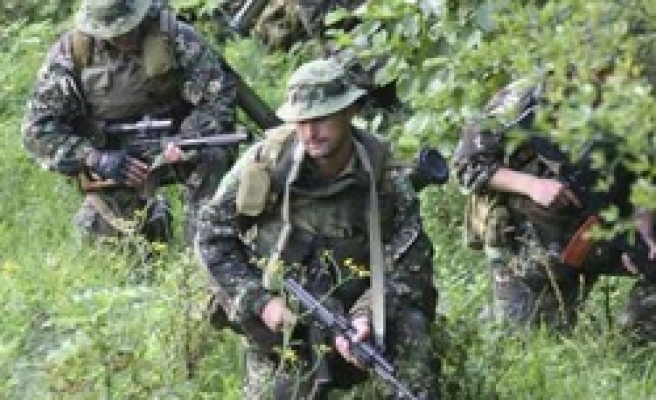 Georgia's separatist region of Abkhazia launched a military offensive on Tuesday to force Georgian troops out of the upper part of a disputed gorge, Abkhazia's self-styled foreign minister said.

Lying nearly 200 km (120 miles) west of South Ossetia, the main war theatre of recent days, the Kodori Gorge is a disputed area near the boundary between Georgia proper and Abkhazia, which threw off Georgian control after a war in the early 1990s and declared independence.

"Our goal is to free the Kodori Gorge of Georgian troops," Abkhazia's Sergei Shamba said by telephone from Abkhazia's Black Sea capital Sukhumi.

"Today the assault begins. It is a high-mountain operation."

Shamba said preparatory artillery fire began on Monday to soften Georgian-held positions at the head of the Tbilisi-held gorge.

"We are entering a new stage with about 3,000 troops with artillery, aviation and infantry reinforcements," Shamba said.

Abkhaz officials insisted that Russia, which has boosted its peacekeeping force in the province to 9,000 in recent days, was not involved in Tuesday's military operation.

Like Georgia's other separatist region South Ossetia, Abkhazia is populated by an ethnically distinct group and wants nothing less than full independence from Georgia.

Georgia's government regards both areas as integral parts of Georgian territory and President Mikheil Saakashvili has made their return a top priority.

The Kodori Gorge is a narrow river valley that slices deep into Abkhazia. The only piece of Abkhaz territory held by Georgian troops, it is an ideal route for any invasion into the region.