President Sergey Bagapsh of breakaway Abkhazia declared a partial mobilisation on Friday because of what he called the danger of Georgian troops entering the republic, news agency RIA said. 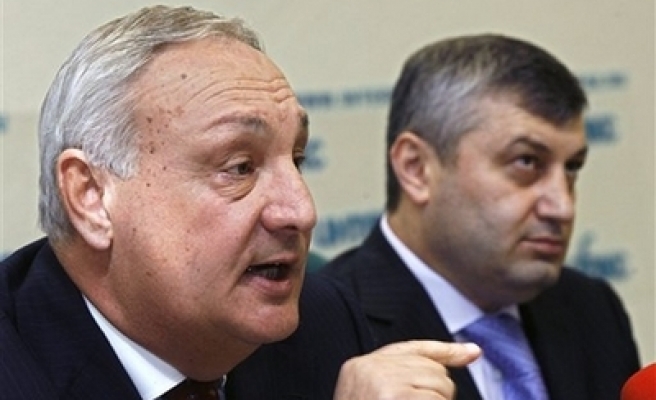 Bagapsh told the news agency by telephone from Abkhazia's capital Sukhumi that the mobilisation was tied to what he called Georgia's intentions to free a detained reporter and a car explosion near the border between the two republics.

On Wednesday Georgian President Mikhail Saakashvili warned Abkhazia that unless an independent Georgian television camera crew was released immediately he would order a special operation to free the journalists.

Three Georgians were detained on Tuesday by Abkhaz security officials at a checkpoint on the de facto border with the breakaway region.

The Black Sea province of Abkhazia has enjoyed de facto independence from Tbilisi since 1993. Georgia lost control over Abkhazia and South Ossetia in wars during the 1990s.