The three stages of Steinmeier's plan include returning Georgian refugees to Abkhazia, organising economic recovery programmes in the province and deciding its future status. 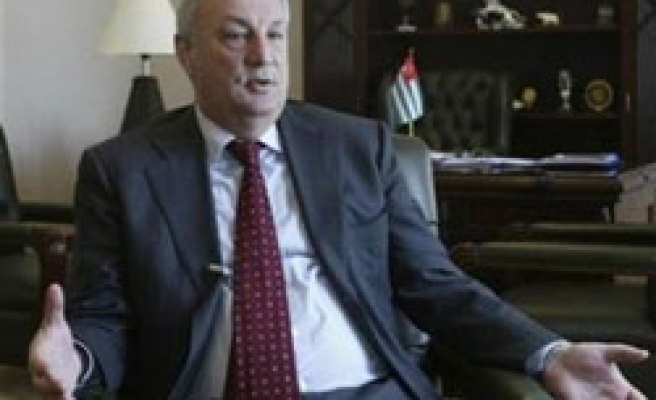 Abkhazia's separatists on Friday rejected a three-stage plan presented by German Foreign Minister Frank-Walter Steinmeier to end a conflict between Georgia and its breakaway province.

Abkhazia, on the Black Sea, and the region of South Ossetia both broke away from Georgia after wars in early 1990s. Bringing them back is the priority task of Tbilisi's pro-Western government.

Western governments worry the conflict over Abkhazia could spiral into war and destabilise the broader Caucasus region, a key energy link from the Caspian Sea to Europe, bypassing Russia.

The three stages of Steinmeier's plan include returning Georgian refugees to Abkhazia, organising economic recovery programmes in the province and deciding its future status.

"These proposals are not acceptable to us," separatist leader Sergei Bagapsh told reporters after talks with Steinmeier in the town of Gali on the de facto border between Abkhazia and Georgia.

Abkhazia's separatist authorities rule out returning to the de jure border and Georgian rule under any conditions.

"We are not going to discuss Abkhazia's status," Bagapsh said. "Abkhazia is an independent state."

"Both sides' positions are far from each other, and we need to create the conditions for a dialogue," Steinmeier told reporters after talks with Bagapsh.