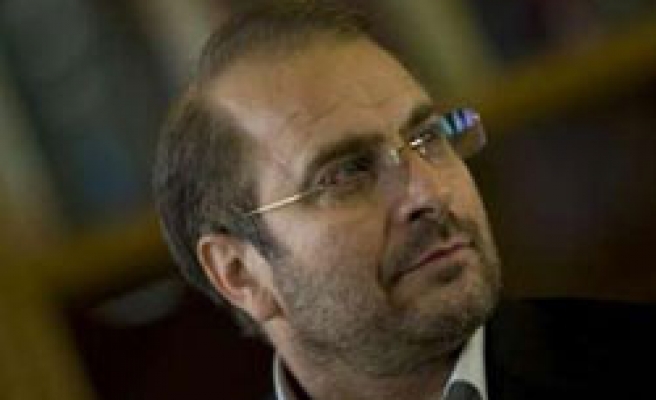 Iran could reach an accommodation with the United States if its critics accepted that the Islamic Republic is here to stay, according to Tehran's ambitious mayor.

For now, Mohammad-Baqer Qalibaf, who ran unsuccessfully for president in 2005, focuses his energy on alleviating the traffic congestion, air pollution and sewage problems of his sprawling city, home to 8 million by night, swelling to 11 million by day.

But the 46-year-old former police chief is just as eager to talk of Iran's nuclear programme, its troubled relationship with the United States and its geopolitical role in the Middle East.

"The United States and the West make the mistake that they think they can still go back to before the (1979 Islamic) revolution," he told Reuters in an interview in his imposing ninth-floor town hall office. "They should completely forget this."

Qalibaf said Iran's foes should acknowledge that the almost 30-year-old system was a democratic expression of the Iranian people's will and reflected their religious beliefs.

"If the Westerners accept this, deal with this fact, Iran should accept to act in the international framework and act based on international regulations," he declared.

Qalibaf, a pragmatic conservative who said he has yet to decide whether to run in next year's presidential election, argued that Iran and the United States shared security interests in a volatile, energy-rich region.

"Iran is a fact in the region. They should resolve those issues correctly, not by trying to eliminate or ignore Iran."

Qalibaf said a national consensus existed on Iran's need for peaceful nuclear technology, but acknowledged differences over what tactics to adopt in the conflict with the West.

"How are we going to assure the world that we are not after nuclear weapons?" he asked. "Iranians want to give this assurance to the world and have interaction with the world."

Qalibaf, a commander of Iran's Basij volunteers in the 1980-88 war with Iraq, said he doubted the United States would attack Iranian nuclear sites, given its military entanglements in the crises plaguing neighbouring Iraq and Afghanistan.

"We believe the Americans would never act so unwisely as to do the same with Iran as they did with Iraq and Afghanistan."

Qalibaf viewed even limited U.S. military operations as unlikely because Iran would respond forcefully. "Starting this might be in the hands of the Americans, but not finishing it," he said, adding that diplomacy offered a more rational option.

Yet while favouring talks on an incentives package offered last month by world powers Qalibaf saw little chance of Iran conceding their demand that it suspend uranium enrichment.

"It's unlikely," he said when asked if Iran could suspend enrichment, without giving up its right to master the nuclear fuel cycle, so that negotiations on the package could begin.

Qalibaf, who succeeded Mahmoud Ahmadinejad as mayor of Tehran after losing to him in the presidential election three years ago, faulted some government economic policies.

Asked if inflation, now running at 26 percent, had affected the Tehran municipality, he said it was a problem, but one that was foreseeable because of liquidity injected into the system.

Ahmadinejad has been widely criticised for fuelling inflation by freely spending to try to meet his promises to put Iran's oil wealth on the tables of his low-income compatriots.

Qalibaf also groused that Tehran was not getting the funding it expected from the treasury. "We even think the government is imposing some financial issues on the municipality," he said.

The mayor, credited by many in Tehran as an effective manager, said he was grappling with the runaway growth of a city whose infrastructure had not been planned for rapid expansion.

But he cited progress on planning, interaction with citizens via local councils and hotlines, and delivery of services.

Qalibaf said he had not yet decided whether to have another tilt at the presidency in next year's June election.

Asked about his ambitions after his term as mayor, he said only: "It's unlikely that a political figure has no plans."