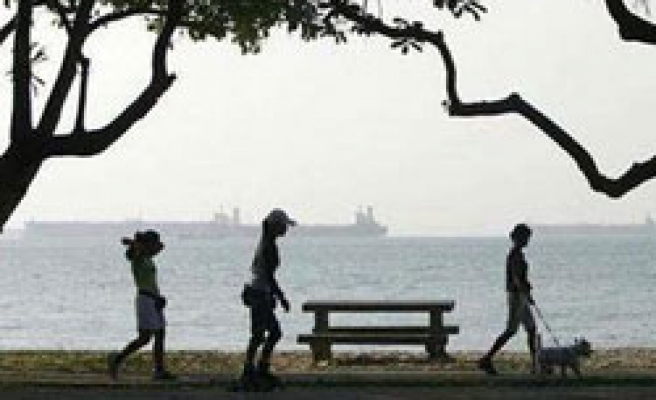 "There has been a lot of research done in the past on the relationship between leisure and development of cancer in the West," said Dr. Manami Inoue, section chief of the National Cancer Centre.

"However, our research is the first in Japan of its size and scope -- we looked at overall exercise and labour, which is not only related to leisure."

According to the study, published in the American Journal of Epidemiology, researchers surveyed around 80,000 men and women between the ages 45 to 74 living in nine Japanese prefectures.

The surveyed population was divided into four groups according to their ratio of individual working metabolic rate, or MET (metabolic equivalent), which was determined by the amount of time respondents spent sitting, walking, standing, sleeping and exercising.

The trend was most noticeable among Japanese women, who were less likely to develop cancer if they were engaging in regular exercise and led an active lifestyle.

The results of the study also showed the trend to be prevalent for colon, liver and pancreas cancer risks for men and the development of stomach cancer among women.

The study, conducted by the Japan Public Heath Centre was first of its kind to survey a non-Western population for clues on the causes of cancer.

Inoue said: "There are a lot of physical differences between Asians and our Western counterparts. Asians are usually leaner, with a lower BMI (Body Mass Index). Many contributing factors for cancer have been suggested ... our research showed that lack of general physical activity is one of such reasons."