Irish actor Colin Farrell toured Bosnia this weekend to get a feel of how it was to be a reporter during the 1992-95 war, in preparation for a new film. 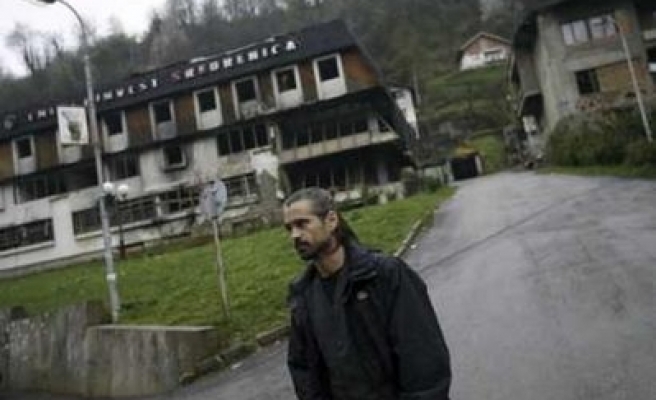 Farrell first went to the eastern town of Srebrenica where some 8,000 Muslim men and boys were killed by Serb soldiers in July 1995.

"I felt sick," Farrell said after visiting the cemetery for the victims of the massacre, regarded as Europe's worst atrocity since World War Two.

"It is hard to describe how obviously the air and the land has been poisoned by the act of killing 8,000 people in the space of a day. But you really do get the sense of the pain and the loss and I am sad, I really am sad."

"Triage" will be directed by Bosnian filmmaker Danis Tanovic whose "No Man's Land" about the absurdity of war won the Oscar for best foreign language film in 2001. It will co-star Spanish actress Paz Vega and British actor Christopher Lee.

Farrell said shooting of the film, which deals with dilemmas in wartime, would start in a week in Spain and will then move to Ireland.

"I am playing a war photographer who has been covering wars for 12 years or so and something takes place in the film that closes the distance between himself and what he does," Farrell said.

"It is a funny journey into himself and the far-reaching effect of the war back at home."

Triage is based on a screenplay by U.S. reporter Scott Anderson.