Heroin production in Afghanistan reached a new high in 2007, the International Narcotics Control Board (INCB) said Wednesday in its annual report. 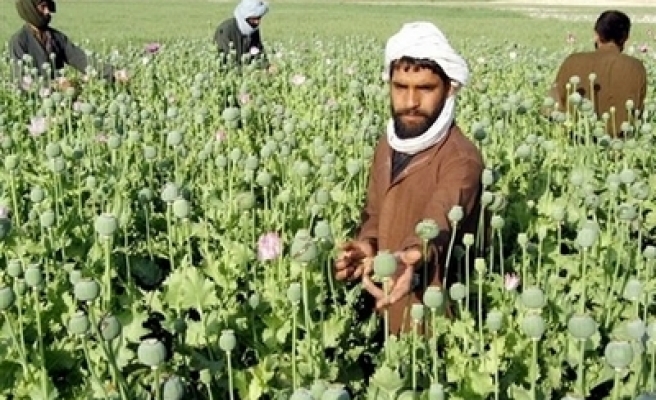 According to the United Nations agency, Afghanistan produced an "exceptional quantity" of opium, at 8,200 tonnes, 34 percent more than in 2006.

The country now accounts for 93 percent of all opiates on the global market, the report added.

"The illegal cultivation of poppies for opium in Afghanistan has reached a deeply worrying level," the Vienna-based organisation said.

Poppy production was up 17 percent, covering 193,000 hectares (745 square miles) with a corresponding rise in yields from 37 kilogrammes (82 pounds) per hectare to 42.5 kilogrammes.

The 2007 leap came on top of a 59 percent rise in the area given over to the plant over the previous 12 months.

By comparison, only 19,000 hectares were cleared of the flower over the same period, with the INCB stressing that Afghan heroin is distributed worldwide -- reaching an estimated 3.3 million addicts in Europe alone.

In other trends identified, Africa has emerged as a pivotal cocaine-route into Europe -- with the organisation citing a "rapid growth in trafficking" amounting to between 200 and 300 tonnes from Latin America transiting through Africa last year.

Elsewhere, a 70 percent hike in the number of internet sites distributing illegal medicine posed a "growing problem" for public health on a global level.

The INCB, however, noted a "stabilisation" in cannabis use after years of growth.

Composed of 13 independent advisers -- doctors, pharmaceuticals and other experts -- the body was established in 1968 to monitor the implementation of UN drug control conventions.