Afghanistan's defense minister on Thursday dismissed claims by a top U.S. State Department official that there was "irrefutable evidence" that the Iranian government was providing arms to Taliban. 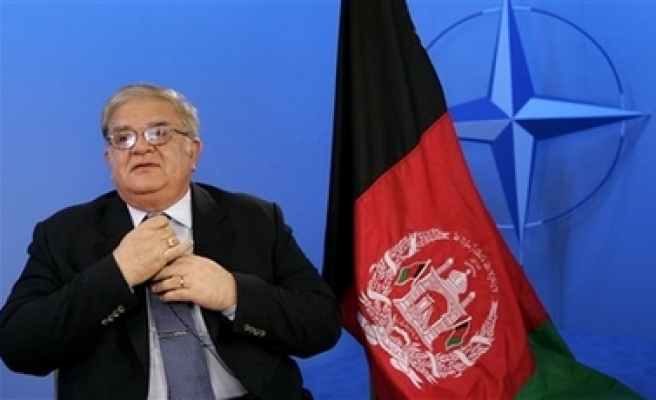 Afghanistan's defense minister on Thursday dismissed claims by a top U.S. State Department official that there was "irrefutable evidence" that the Iranian government was providing arms to Taliban.

"Actually, throughout, we have had good relations with Iran and we believe that the security and stability of Afghanistan are also in the interests of Iran," Abdul Rahim Wardak told The Associated Press.

On Wednesday, U.S. Undersecretary of State Nicholas Burns claimed in Paris that Tehran was directly supplying weapons to the Taliban. He told CNN there was "irrefutable evidence" that arms shipments were coming from Iran's government.

The State Department later appeared to step back from Burns' assertion, but stressed that the United States has proof that weapons from Iran were reaching Taliban fighters in Afghanistan.

Tehran has denied the accusations. Wardak, who is attending a NATO defense ministers' meeting in Brussels, also played down suggestions that Iranian authorities were sending arms shipments to the Taliban.

Gates speculated that Tehran may be "trying to play both sides of the street, hedge their bets, or what their motives are other than causing trouble for us."

In a wide-ranging interview with The Associated Press, Wardak said he would appeal to the defense ministers of NATO and allied countries to provide greater assistance in the training of Afghan security forces.

He said the establishment of an effective Afghan air force was a top priority because air support would enable the army to conduct independent operations without having to rely so heavily on the international forces.
Last Mod: 14 Haziran 2007, 17:09
Add Comment