Regional officials said Wednesday that 51 villagers, some of them women and children, were killed in recent fighting in western Afghanistan. The U.S.-led coalition insisted it had no reports of civilian deaths. 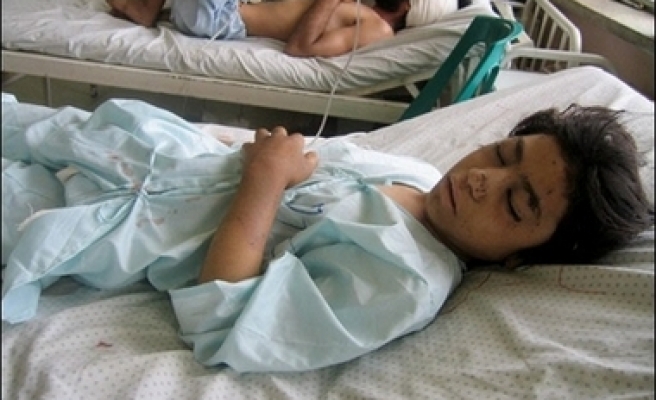 Regional officials said Wednesday that 51 villagers, some of them women and children, were killed in recent fighting in western Afghanistan. The U.S.-led coalition insisted it had no reports of civilian deaths.

The bloodshed set off anti-U.S. protests by villagers, and Mohammad Homayoun Azizi, chief of the Herat provincial council, said two council members who visited the area reported to him that 51 civilians were killed.

The officials were part of a high-level delegation including lawmakers, police and intelligence officials who investigated the claim.

Azizi said the 51 bodies were buried in three different locations and included women and children. The dead included 12 relatives of a man named Jamal Mirzai, he said.

"People say the coalition troops should cooperate with the government, including Afghan forces. They should also be careful in civilian areas," Azizi said.

Afghan officials have pleaded repeatedly with international forces to exercise caution to prevent civilian casualties during their operations.

Reports of civilian deaths have deepened Afghans' distrust of the international forces and of the U.S.-backed government.

Herat regional police commander Akram, who goes by one name, said the delegation had also reported to Herat's military council on Wednesday that there were 51 civilian deaths, including 18 children and women, and that eight people were listed as missing.

A separate group of U.N. officials was in the region to investigate. They were focusing on the "possible displacement of people and possible indiscriminate use of force," said Adrian Edwards, a spokesman for the U.N. Assistance Mission in Afghanistan.