Afghan students burned an effigy of US President George W. Bush Tuesday as they rallied in a third day of protests against civilians alleged to have been killed by coalition troops. 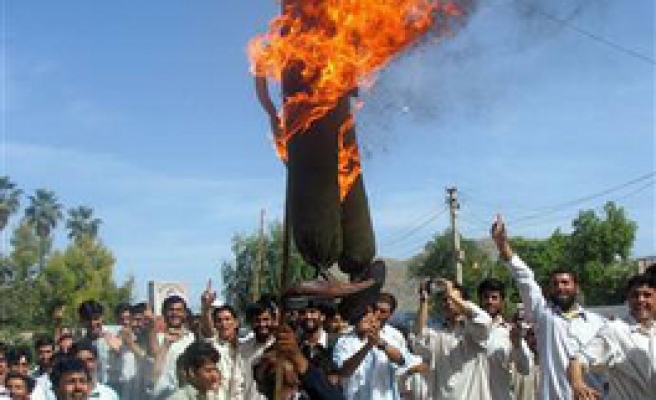 Afghan students burned an effigy of US President George W. Bush Tuesday as they rallied in a third day of protests against civilians alleged to have been killed by coalition troops.

A crowd of about 500 blocked a highway in the eastern province of Nangarhar, where six people were killed Sunday,

The incident came amid concern about claims of heavy civilian casualties in the western province of Herat.

Parliamentarians expressed anger Monday at mounting civilian deaths in military operations against insurgents, including by the US-led coalition that invaded
Afghanistan and toppled the Taliban regime in 2001.

A 24-year-old student named Abdul Hafiz said President Hamid Karzai and the national assembly must bring the soldiers to justice or quit.

"It is for the president and national assembly to protect their citizens, stand against injustice. They must investigate and bring the guilty US soldiers to justice, if they are incapable of doing that, they better resign," he said.

Agriculture student Esmatullah, 20, said the US raid was "barbaric".

"If the Americans have suspicions of people they must arrest the suspects and try them in a court not directly kill them in their houses with their family," he said.

Abdul Aziz, 23, questioned US respect for democracy and rights.

"They say they support democracy and human rights and they fight against terrorism but I think to enter people's houses with guns and force and kill them for no reason is the worst terrorism itself," he told AFP.

Officials said meanwhile that they were investigating locals' claims that civilians were among 136 Taliban fighters the coalition said it and Afghan troops killed in the Shindand district of Herat province in engagements on Friday and Sunday.

About 1,000 people protested Monday, burning government buildings in the district.