Many Afghans are growing increasingly frustrated at the inability of security forces to stop the seemingly unending violence. 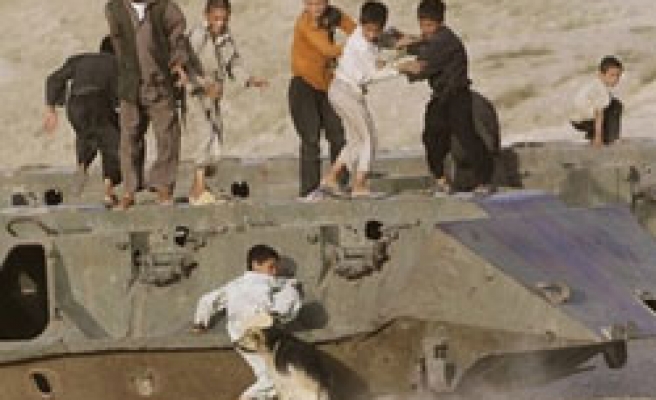 U.S. Democratic presidential candidate Barack Obama has called for more U.S. troops to be sent to Afghanistan, but many in the war-torn country doubt whether more soldiers will help stem the rising tide of violence.

Obama arrived in Afghanistan on Saturday on the first leg of a trip aimed at bolstering his foreign policy credentials ahead of the Nov. 4 U.S. election.

"I don't think decreasing or increasing troop numbers is going to yield a long-term stability here or peace," Matt Waldman, policy adviser to Oxfam International, one of the largest development agencies in Afghanistan, told Reuters.

"I think there are other factors which are more important than that," he said.

Obama has called for sending two more brigades, or about 7,000 U.S. troops, to Afghanistan and shifting from what he called the Bush administration's "single-minded" focus on Iraq.

The United States has some 36,000 troops in Afghanistan, around a quarter of the number in Iraq, but still suffered more killed in Afghanistan than Iraq in both May and June this year.

More effective aid, support for rural development and working on peace and conflict resolution at a local level are the real priorities, Waldman said.

Many Afghans are growing increasingly frustrated at the slow pace of development, endemic corruption and the inability of Afghan and international security forces to stop the seemingly unending violence that claims many lives every day.

"There have not been any changes to the lives of ordinary Afghans, the visits and presence of foreigners has not changed the lives of poor Afghans," said street vendor Ramazan Jan.

More than six years after U.S.-led and Afghan forces toppled the Taliban for refusing to give up al Qaeda leaders behind the Sept. 11, attacks, there are few signs the insurgency against the Afghan government and foreign troops is weakening.

"The situation is getting worse here, even worse than Iraq. If the U.S. government sends more troops here the violence will increase," said Mohammad Madani, a university student in Kabul.

"For example when we see a group of U.S. soldiers walking here it doesn't make us feel safe. The U.S. government should focus on other needs of Afghans not the military," he said.

The Taliban target foreign and Afghan troops with roadside bombs and bomb attacks, but as much as 80 percent of the victims are civilian passers-by. Nearly 700 civilians were killed in the first six months of this year, the United Nations says.

"Whoever becomes the new president of America must change the American strategy in Afghanistan, the current policy is wrong," said Qari Mohammad Zaman, a Kabul resident.

"They have to work on two things in Afghanistan as a priority: security and the economy. If the new administration focuses on these two elements, I can guarantee that U.S policy will be successful in Afghanistan," he said.