"The independence celebration will not be held in public," defence ministry spokesman Zaher Azimi said. 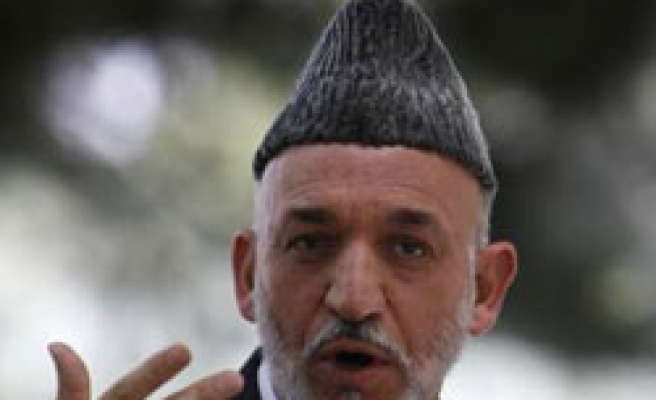 Afghanistan has changed the venue for its independence celebration on Monday to an undisclosed location, an official said, after President Hamid Karzai survived an attempt on his life by Taliban in a military parade in April.

Afghanistan has seen an upsurge of violence since 2006 when the ousted Taliban relaunched their insurgency and Kabul has suffered a series of major raids this year, including the attack on Karzai.

Several security officials have been arrested for having links to the attack on Karzai, leader of the country since U.S.-led troops overthrew the Taliban government in 2001.

"The (independence) venue has been changed to a secret site. It will not be held in public as it was (in recent years)," defence ministry spokesman Zaher Azimi said.

"It has been changed in order to not cause disruption in the traffic and people's movement," Azimi said when asked if the move had any link to security fears or the April attack on Karzai.

Previous independence celebrations were held in the presence of top government officials and foreign military commanders as well as diplomats, in a sports stadium several hundred meters away from the presidential palace and adjacent to the site of April's military parade.

Afghanistan secured its independence from Britain in 1919 after two wars with the world's then most powerful empire.

U.S.-led troops overthrew the Taliban's radical Islamic government after its leadership refused to hand over al Qaeda leaders accused of orchestrating the Sept. 11, 2001 attacks on the United States.

Violence since 2006 has been the bloodiest since the Taliban's removal from power and comes despite the increasing size of foreign forces, now numbering more than 71,000, and over 140,000 Afghan forces.

Taliban and al Qaeda leaders are still at large, and foreign forces under the command of the U.S. military and NATO say they will be in the country until the Afghan government manages to stand on its feet.

In a commentary posted on its Website, the Taliban also repeated that its campaign would continue until the withdrawal of foreign forces.

"AFGHANISTAN UNDER INVASION OF INFIDEL COUNTRIES"

"The independence anniversary ... comes at time that the country is actually under foreign invasion by the armies of Britain and America among 40 other infidel countries," the Taliban said.

Frustration is growing among many Afghans over rampant corruption, insecurity, and the booming heroin trade, as well as civilian casualties in the fighting against the militant insurgents.