The Afghan government plans to investigate whether the U.S. used depleted uranium during its invasion of Afghanistan. 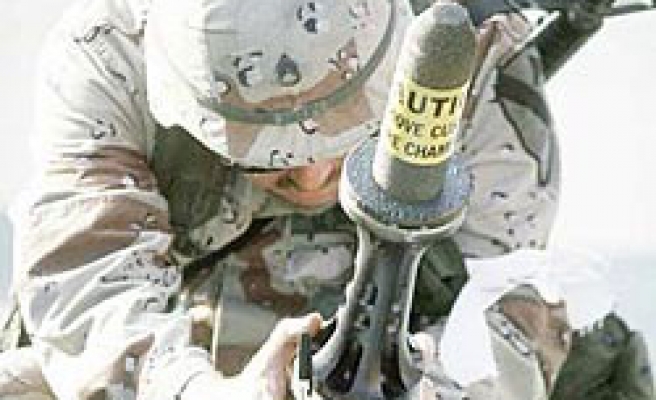 The Afghan government plans to investigate whether the United States used depleted (reduced) uranium during its invasion of Afghanistan in 2001 and if it might be linked to malformed babies born afterwards.

Parts of Afghanistan, particularly the mountainous region of Tora Bora in the east -- the suspected hideout of al Qaeda chief Osama bin Laden -- came under heavy U.S. bombing in late 2001 when the Taliban regime was ousted.

Depleted uranium is a heavy metal used in some weapons that can pierce armour. It has small levels of radioactivity associated with it.

Kakar told Reuters the Afghan government planned to investigate the matter.
"We have decided to do a study to see what is going on. We will take samples of soil, rocks, water in different areas where the war had taken place in the past and look in the same area to see if there is an excess of malformed babies," Kakar said.

"It's then that we can tell you what is going on. But until then it is still speculation," he said.

"In Afghanistan, we have so many problems with nutritional deficiency, like folic acid. So it's difficult to tell if it's due to depleted uranium or due to some nutritional problems or some other genetic issues," he said.

'MY SOURCE SAID IT WAS USED'

Asked if the United States had told Afghanistan if depleted uranium was used during the war, Kakar said: "They have not told us that they have used it, but my source said it was used."

Kakar said he would like to see the study done as soon as possible, but the Afghan government, which largely relies on Western aid and troops, needed to find ways of funding it.