Colombian drug barons and criminal gangs are trying to turn Africa into a hub for shipping cocaine to Europe, the head of the U.S. Drug Enforcement Administration said. 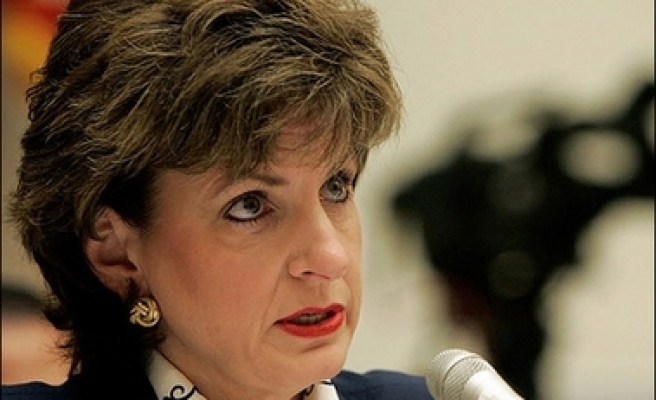 Colombian drug barons and criminal gangs are trying to turn Africa into a hub for shipping cocaine to Europe, the head of the U.S. Drug Enforcement Administration told The Associated Press on Tuesday.

"Africa will be, in terms of a drug hot bed, one of our worst nightmares if we don't get ahead of that curve now," Tandy said during a major international anti-drug conference hosted by the DEA and Spain's government.

Lured by Europe's high demand for cocaine, the strength of the euro and lax law enforcement in poor African countries, Latin American drug gangs are "setting up shop" in Ghana, Nigeria, Guinea-Bissau and Ivory Coast in the continent's west and Kenya in the east, Tandy and other DEA officials said in the interview.

Africa "has emerged as a drug hot spot, a hub, in just the last several years," she said.

In the case of cocaine, the drug is shipped ready-to-consume by boat to Africa and sent on to Europe by land, plane or ship, said Russell Benson, the DEA regional director for Europe and Africa.

Traffickers are also using traditional smuggling routes, with Spain as the main gateway for cocaine entering Europe. But Africa has become a tempting additional conduit because of its spotty law enforcement and porous borders.

"They are looking for a vulnerable spot," Benson said. "It is the path of least resistance."

Europe's appetite for cocaine is strong and growing — Tandy said it is similar to the cocaine craze of the 1980s in the United States.

And users on the continent pay in euros, the European Union currency that has risen sharply against the dollar in recent years, making Europe's users an irresistible target for Colombian cartels, the DEA officials said.

The cash flow has traffickers smuggling euro notes back home in bulk — millions of bills at a time, the officials said.

In Colombia, traffickers sell euros to currency traders at a rate slightly below the market rate. They lose a bit in the transaction but don't care because they obtain clean Colombian pesos.

Euros from drug profits then trickle their way into the economy. There are so many euros floating around Latin America that of the $2.3 billion worth of euros that entered the United States last year, 90 percent came from Latin America, Tandy said.

Tandy was in Madrid to attend the International Drug Enforcement Conference, a 25-year-old forum that the DEA holds each year to meet with colleagues from around the world to discuss the war on illegal drugs.

This is the first time the conference has been held outside the Americas, and Spain was chosen because of its role as the main gateway for drugs entering Europe and what DEA officials call its tenacious effort to fight the onslaught.

Spain leads Europe for cocaine seizures and is fourth in the world, and it accounts for half of all hashish seizures, Spanish Interior Minister Alfredo Perez Rubalcaba said.