Tens of thousands of Africans, fleeing poverty, have tried to migrate to Spain, mainly sailing by ship to the Canary Islands. 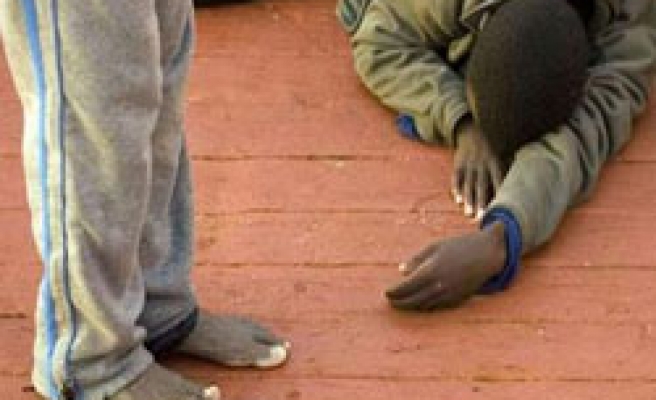 A group of 60-70 Africans tried to force their way past border guards into a Spanish enclave on the North African coast on Sunday, seeking to start new lives there as immigrants, the Spanish government said.

Most of the would-be migrants were pushed back as they tried to rush into Melilla, the Spanish government's office there said.

Several border guards were slightly injured, it said, adding that a search was going on for remaining fugitives.

Media reported that police rounded up many of the would-be immigrants shortly after they had fought their way with sticks and stones past Moroccan and Spanish police guarding the walled frontier in the early hours of Sunday.

The border at Melilla is heavily policed. In 2006, three Africans were killed when a group stormed the razor wire fence separating the small city from Morocca.

Tens of thousands of Africans, fleeing poverty, have tried to migrate to Spain, mainly sailing by ship to the Canary Islands. Many have died of thirst or drowned on the way.

Spain's Socialist government, which granted an amnesty to about 600,000 illegal immigrants in 2005, has toughened its stance on migration and now says all entering the country illegally will be deported.

Prime Minister Jose Luis Rodriguez Zapatero says immigration is vital for Spain's welfare, but with the economy struggling, he wants to pay unemployed migrants to return to their home countries. He also wants to restrict the right of migrants to bring their families to Spain.

Immigration has transformed Spain over the past decade and now 11 percent of the country's population of 46 million people are foreigners, according to government data.